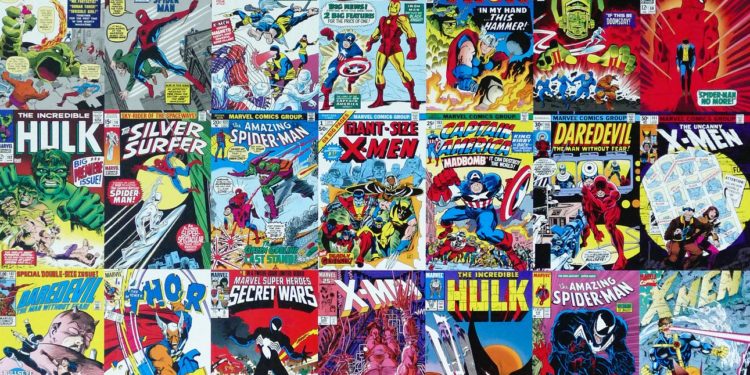 There are loads of comic book movies coming out in 2018. From Black Panther to Avengers: Infinity War, some films will be brand new cinematic debuts from its original Marvel comic book versions, and others will be sequels to previous superhero films. The films will be released throughout the year, featuring a collection of familiar stars and new faces. Here is a brief guide to seven of them.

Black Panther is a superhero movie based on the comics of the same name as the film. It is about a young man named T’Challa, who is the prince of Wakanda, a fictional African country.

The fictional country of Wakanda is located in East Africa and is able to develop futuristic technology with the use of the fictional metal vibranium.

As a result of this power, the Wakandans have decided to isolate themselves from the rest of the planet so that their advanced society and the reason for its high development would be concealed and protected from corruption.

They also keep foreign intervention at a minimal level, only having ever been involved in external conflicts in exceptional circumstances and when necessary.

The plot follows the threat to T’Challa’s kingship after he defeats M’Baku in a duel for the throne.

Black Panther is filled with stunning visuals and great acting done by several members of the cast, including Chadwick Boseman, who plays T’Challa, Michael B. Jordan, who plays N’Jadaka, the antagonist of the conflict, and Letitia Wright, who plays Shuri, T’Challa’s sister.

Black Panther was one of the most anticipated films of this year and broke box office records with the fifteenth highest-grossing opening weekend for a film ever. As of February 26, 2018, the film has generated over $700 million worldwide with a budget of $200 million.

After Captain America: Civil War, the Avengers must join together to combat Thanos, who is seeking the Infinity Stones to bend reality, thus granting him enough power to destroy the universe.

This film will be including a host of superheroes, including Thor, Iron Man, the Hulk, Spider-Man, and the aforementioned Black Panther.

It will be directed by Anthony and Joe Russo and will feature prominent actors such as Robert Downey Jr., Chris Evans, Chris Hemsworth, Scarlett Johansson, and Gwyneth Paltrow.

Ant-Man and the Wasp

Also following the events of Captain America: Civil War, Scott Lang, also known as Ant-Man, returns to his home to be a father. However, he is presented with a new mission and must team up with Hope van Dyne, also known as the Wasp.

It will be directed by Peyton Reed and will be starring Paul Rudd, who plays Ant-Man.

Teen Titans Go! to the Movies

Based on the TV series Teen Titans Go! which includes superheroes such as Batman’s sidekick, Robin, the Teen Titans seek a suitable director to film them in order to join the other superheroes’ repertoire on film. However, they encounter other problems from an old enemy in the process.

Apart from Robin, other characters included will be Beast Boy, Cyborg, Raven, and Starfire. It will be directed by Aaron Horvath, who also co-wrote the screenplay, and Peter Rida Michail, who also produced the animated film.

20th Century Fox is hosting X-Men: Dark Phoenix, the twelfth in the X-Men film series. The story takes place after X-Men: Apocalypse, and while the superheroes are hit in space by a solar flare, Jean Grey, played by Sophie Turner, unleashes what is known as the Phoenix.

It will be directed, written, and co-produced by Simon Kinberg, who also wrote and co-produced X Men: Apocalypse. It will star actors such as James McAvoy, Michael Fassbender, and Jennifer Lawrence.

Based on the DC comics, Aquaman, the superhero, who rules Atlantis, an underwater kingdom, must deal with conflicts between those living on land and in the sea.

It will be directed by Australian film director James Wan and will star Jason Momoa.

Spider-Man: Into the Spider-Verse

Also being released on the same day as Aquaman is this rendition of Spider-Man, based on the Marvel comics of the same name. The plot will focus on Spider-Man, or Miles Morales, during his time in high school as he must balance his superhero life with his ordinary life.

It is a computer-animated film featuring directors Bob Persichetti, Peter Ramsey, and Rodney Rothman. The role of Spider-Man will be played by Shameik Moore.