We'd all love to have the body of Élodie Yung. Learn more about this beautiful and talented actress, and find out what she does to stay in such great shape. 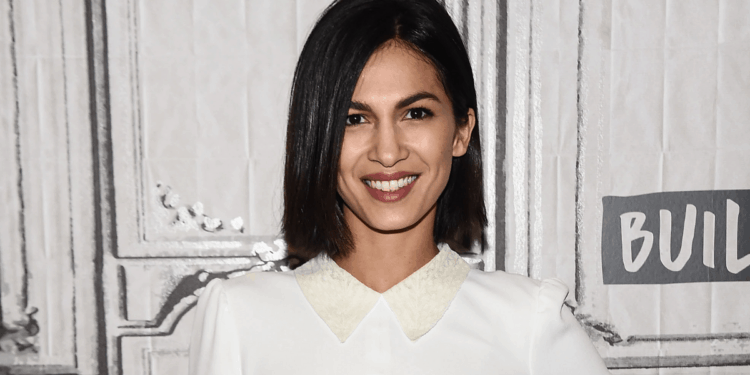 If you’re a fan of the Marvel Universe, you most likely watch all the movies and shows religiously. If you haven’t seen the Emmy award-winning show Daredevil yet, you should give it a try and see what all the fans are hyped up for. Viewers are obsessed with Élodie Yung for her impressive acting performance and fantastic physique. She’s been labeled as a femme fatale thanks to her diligent exercise and fitness routine.

If you’ve been curious about what kind of health regimen she adheres to and which activities she enjoys doing to stay active, keep on reading to find out!

Élodie Yung is a beloved French actress who has been active in the film industry since 2002. She originally wanted to be a judge when she was younger, so she earned a Bachelor’s in Law. However, before long, she realized she wanted to pursue the arts.

The actress ultimately decided to study acting at the London Academy of Music and Dramatic Art. She then started her television career at twenty years old.

As Yung first entered the film industry, she primarily worked on French movies and television series. It wasn’t until 2011 that she ventured into mainstream Hollywood by appearing in The Girl with the Dragon Tattoo.

She began to take on more western projects and challenge herself with English-speaking roles. Yung has starred in many action and superhero-type films, such as G.I. Joe: Retaliation and Gods of Egypt. Her most notable performance (and current role) is that of Elektra Natchios in the television show Daredevil and its mini-series The Defenders. Despite being 40-years-old, Yung is more than capable of portraying strong and athletic characters.

Her Role in Daredevil

Daredevil is a television series set in the Marvel Cinematic Universe (MCU) and created for Netflix’s streaming platform. It focuses on a blind lawyer, Murdock, who uses his heightened senses to fight crime at night in New York City. He defends innocent civilians in the dangerous and crime-ridden neighborhood, Hell’s Kitchen, while also solving an underground criminal conspiracy. Yung joined the show’s cast during the second season as the main character’s ex-girlfriend.

Yung’s character, Elektra Natchios, is a mysterious and dangerous woman who brings out the hero’s wild side. She is neither good nor evil, but more like a sociopath, doing things to benefit herself without concern for others. Regardless of which method she uses, Natchios will achieve her end goal. The character has many layers and skills, which Yung can portray well.

She is also incredibly agile and physically strong, making Yung an even more perfect fit for the role. Even though Yung is naturally athletic and enjoys working out, she trained even harder to prepare for her role in this television show.

Fans of Élodie Yung have been desperate to learn her fitness and diet regimen for years now. They constantly praise her for her superb physique on the show. Viewers are curious about how she maintains her shape and what her favorite workouts are.

The talented actress has starred in many action films over the years. So staying in shape is crucial for her to portray those roles accurately.

Yung began learning karate at a young age because her father believed it would help protect her from their rough neighborhood. She earned her black belt as a teenager but stopped training after she graduated high school. However, she still maintains the athleticism and discipline that martial arts instilled in her.

The actress doesn’t pay much attention to her diet, opting to enjoy the food she eats instead of worrying about how many calories she’s consuming. She makes sure to eat a well-rounded diet with enough fruits and vegetables but will never give up her love for pastries. Yung chooses to avoid restrictive diets and be more mindful of what she consumes. When she’s preparing for a role, though, she focuses much more on her eating habits and fitness levels.

Getting Ready for a Role

Getting ready for a role can take nearly half a year of non-stop training. For her role as Elektra, Yung needed to learn how to fight with complex weapons and not hurt herself. She trained with katanas and the sai, a unique three-in-one dagger, and spent months learning how to avoid accidents and master the choreography.

Filming is a demanding process, especially when recording fight scenes since you have to prepare for the physical and mental toll. To stay healthy and fit, she engages in a mix of physical activities, such as yoga, MMA, karate, and strength training. Mixing it up keeps the workout exciting and helps your body improve its range of motion and muscle use. She doesn’t have a specific fitness regimen other than taking different exercise classes, making it even easier for you to follow along with her workouts.

Élodie Yung is a fantastic martial artist who prioritizes her physical health above everything else. She enjoys staying active and chooses to partake in various activities to stay in shape instead of counting calories. If you’re impressed with her fighting ability and physique, try giving her fitness regimen a try! Take up yoga or MMA classes so you can become a strong athlete just like Yung.