Free Yourself: Delete Those Dating Apps 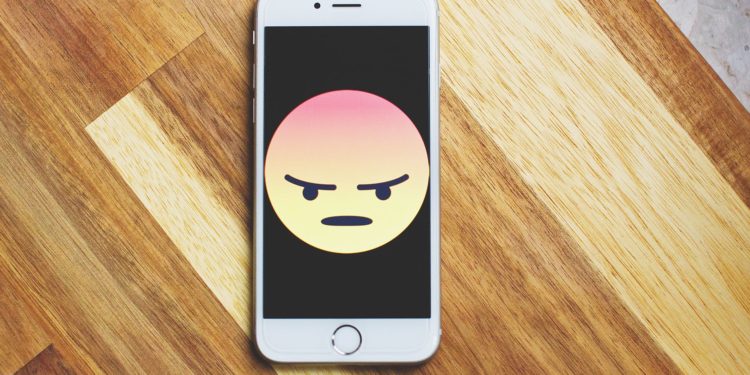 No doubt you’ve come across tons of dating advice both on the internet and by friends a like. I’m here to give you the most important dating advice you’ll ever get here in the 21st century, the age of OKcupid and Tinder dominating the dating scene:

Seriously. Unless a crazy merry-go-round of dating random peoples, ultimately desensitizing you to the idea of actually finding love is what you’re looking for, get rid of them. All of them. If you find yourself swiping left or right or obsessing over how cool or uncool your dating profile makes you look every night, you’re doing dating wrong. Random hook-ups and drinks with strangers isn’t cool, and never really should have been.

I know, I know. You’re reading this getting all defensive, a smirk at the corner of your lips or a furrowed brow of disdain thinking "I’ve had dozens of really great experiences! Everyone I meet has been a positive step toward showing me what I want out of a relationship! Feeling a deep weight in my chest every time I get a message from a stranger is totally normal in 2018!" If any of this sounds like you, I’ve compiled a list of excuses you might use not to delete apps like Tinder, Bumble, Happn, Okcupid and Grindr, just to prove that you should.

"I don’t have time to meet people!"

I would argue that you aren’t meeting people. You’re deciding if someone is hot enough through 75 photo filters for you to take the myriad risks that are present with meeting…you know, strangers. When you aren’t weighing the risk of life or death, you’re typing "hey" and meeting exaclty 1 of the 200 people you’ve visually rejected over the course of a few weeks or even months.

Tinder and apps like it are a dating simulator, hooking you up with randos in the most inorganic way possible and claiming their "algorithms" have figured out what it is you want in another human being with a totally random and ridiculous string of data that you would otherwise scoff at if you weren’t so damn desperate for a hook up. Because let’s get real, you’re looking for a hookup and possibly a night of drinking or eating to forget.

No one enjoys dating apps, be honest with yourself. You either deal with it for something esle to do, or absolutely dread tapping that app icon, deep down. Next time you’re getting ready to scroll through the app, seriously think about the feeling you have the moment the app screen comes up. Are you having fun?

Hoping that you’re going to find a partner or a worthwile relationship via a random lottery of consiousness through the filter of a ghost-like algorithim being sold to you as "magic" is like banging your head against a brick wall and wondering why the brick isn’t budging.

Relationships don’t work like that bucko. If dating were as easy as "throw myself at 100 people and see what sticks" then you would just go out in the middle of a crowded city street and ask interesting and lonely looking strangers if they wanted to "get a cup of coffee with you." Honestly, it might be more effective. At least you aren’t looking at them through a screen.

Dating apps are ineffective by design, they don’t want you to find love, dummy. Think about it. The second you find love, you’re leaving the app forever and never coming back, never talking about it, and certainly not giving them any more money. Sounds bad for business doesn’t it? Your happiness is far less valuable than youre misery to any one of these dating apps.

When you look back at your career of online dating, not even including the subscription fees, you might find that all you have to show for it is a couple of instagram posts with strangers, wasted nights, and $300 plus dollars wasted on split dinners and drinks with someone who forever exists as a new facebook friend. If that.

Love is the toughest game, but has the greatest reward of all time for sticking to it. Be vigilant, be open, and most importantly, be patient. Desensitizing yourself to the experience of "meeting people" on a ferris wheel of similarly lonely and confused millenials is definitely NOT the answer. Nothing compares to falling for someone you know instead of whatever it is dating apps are putting us through.

6 Simple Self-Defense Tips That Can Save Your Life

Free Yourself: Delete Those Dating Apps