How To Meet Women During The Daytime 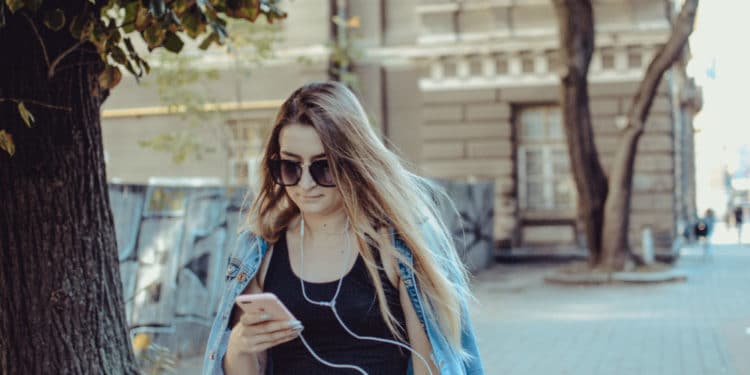 The first step to effectively meeting women during the daytime is realizing it’s possible.

Do you really think women fantasize about meeting their Prince Charming through some dating app or drunken hook-up?

The thought of a great guy introducing himself in a cafe or shopping mall is far more romantic.

In this day and age, it’s also unique.

By having the bravery to approach her during the daytime, you can stand out from the masses.

This gives you the opportunity to date women who wouldn’t look twice at you online, or in superficial environments like bars and nightclubs.

However, it takes a bit of social acuity to approach in a way that makes her comfortable.

This step-by-step guide will teach you how to do it.

How to approach a woman during the day

Your only goal within the first few seconds of approaching a woman is not to scare her.

Ideally, this means approaching from her eyeline. Don’t approach from behind or jump out of nowhere. Don’t grab her.

Smile, hold eye contact and say something to get her attention.

How to introduce yourself

It’s a good idea to acknowledge the unorthodox nature of your approach before anything.

This not only shows you have social awareness, but also gives her brain a few seconds to adjust to the situation.

Step 2 – What you actually want

From there, it’s recommended to explain why you’re approaching her.

“I spotted you from over there and thought you looked great, so I wanted to meet you.”

You might be tempted to begin with smalltalk and transition into your romantic intentions – and this can work – but it’s not necessarily the most effective strategy.

In this case, she’ll usually be:

Being direct with your intentions is bolder and more attractive. She’ll usually respect this more than a sneaky smalltalk approach.

Give her a reason to want to speak to you

‘Interview mode’ is a common trap that men fall into when meeting women.

After the initial introduction, many will ask question after question in a desperate scramble to keep the conversation going.

You can do this by making fun assumptions about her, telling stories about your day, sharing your opinions on whatever topic comes up…

Being cold-approached by a man can be overwhelming for most women (especially if he’s attractive). As such, you should expect to do most of the talking until she becomes comfortable with the situation.

Get to know her

Hopefully, after a couple of minutes, she opens up and starts asking you questions. This is a clear sign she doesn’t want you to leave.

At this point, you can start getting to know her by asking questions of your own.

It’s important not to skip this step. Use it to screen whether you’ll get on well during a date. After all, you shouldn’t be immediately won over just because she’s beautiful. Women prefer men with higher standards than that…

In many daytime scenarios, at least one of you won’t have much time to speak.

This means you’ll close most conversations by exchanging contact details, with the purpose of meeting up for a date.

It’s important to discover how much time she has to talk, or you run the risk of her suddenly having to rush off. Maybe she’s waiting for an Uber, a business client or her parents to turn up. She’ll be more reluctant to swap numbers once they arrive.

In some cases, she’ll be mooching around with nothing to do. If that’s the case, why not whisk her away for a coffee immediately? An instant-date.

The more time you’re able to initially spend together, the more likely that she’llrespond to your first text.

Meeting women during the day is magical

Some women will find daytime approaches too overwhelming. Others will be too busy to talk. Accept this without harassing or pestering them.

There’ll still be plenty who willappreciate the gesture. Women love alpha-males who see what they want and aren’t afraid to go for it.

If you’d like to meet women this way, but this all sounds really scary, download my free e-book How To Conquer Social Anxiety

How To Meet Women During The Daytime