Is Online Dating Bad For You? 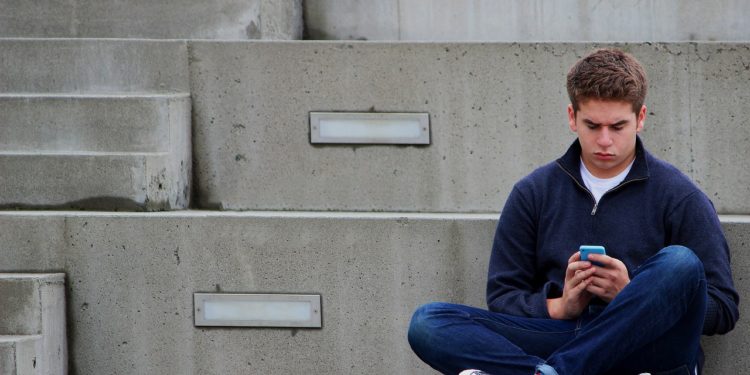 Is online good or bad for you? The answer is: it depends.

The main advantage that people seem to love about Tinder, Bumble, eHarmony etc is the efficiency at which you can meet a potential partner.

The appeal of being able to find a date from the comfort of our own home is undeniable. There are tens of millions people with an online dating account in the United States alone.

But is the efficiency of online dating actually a myth, and does it outweigh the potential pitfalls?

The problems with online dating

If you’re a super-handsome guy with great pictures and a basic grasp of flirting, you can absolutely clean up with women online. If you’re a boss at Coffee Meets Bagel or a Plenty of Fish professional, carry on slaying.

However, if you’re among the masses of average-looking men looking for love online, it’s time to evaluate how efficient these apps are actually proving to be.

In a 2010 blog post, OKCupid founder Christian Rudder suggested that the biggest online dating problem that average men have to deal with is a lack of matches.

He explained that most beautiful women are overwhelmed with messages – and don’t have the time nor the motivation to reply to them.

Not a lot has changed since 2010. In fact, things have probably got worse. Rudder failed to mention other problems including the epidemic of catfish, users already in relationships, validation junkies and sexbots.

There’s also no mention of the time wasted on bad dates. It’s near-on impossible to tell whether your online dating match will have a personality outside their smartphone, or even if they’ll look like their pictures, without making the effort to meet up.

If you do manage to score the odd hook-up, you might not be bothered about the time-efficiency of online dating. Sadly, studies have also suggested that heavy users of online dating can end up more superficial with lower self-esteem and less likely to find women attractive. Smartphone romance does come at a price.

What happened when I quit online dating

After breaking up with my last girlfriend, I decided to avoid online dating completely.

This might have meant I missed out a few one-night stands, or even on meeting some women I would have got on with. But it felt great being without the constant swiping, the ghosting, the breadcrumbing, the endless back and forth without ever feeling like you’re getting to know someone better. Instead, I used my downtime to get more writing done, work out or read more.

As a teetotal, I had to grow the balls to approach attractive women offline. The more I tried it, the easier it became. Through practice, I became pretty good at it – and I got to see within minutes whether we had chemistry.

As a result, every first date I’ve been on has gone well. This is far from surprising. I’ve already seen what she actually looks like and whether she’s fun.

What’s more, she’s experienced my actual personality and realized she’d have an awesome time on a date with me. Something she wouldn’t have known if faced only with a Tinder profile picture.

Use ‘real life’ as your primary source of women

While online dating apps can be good fun and a great source of romantic partners, it shouldn’t replace ‘real life’.

If you’re relying on apps like these to meet women, you’ll always be playing a numbers game.

Flirting with women you see in real life is a more efficient strategy. As more men pussy out of speaking to women, they see offline, this strategy will make you stand out as more of a catch. You’ll be able to show off your confidence, sense of humor and charm far easier this way – and that will always be more attractive than what you look like on their smartphone.

Sure, it’s scarier and the rejections sting harder, but for most of us, it’ll still be the most efficient way to meet the woman of our dreams.

The Critical Relationship Between Sleep and Athletic Performance

Women’s Guide – Multivitamins and Supplements, to take or not to take

Is Online Dating Bad For You?