There is a lot more to know about Joe Bastardi than his interesting view on climate change. Learn how he became a winning bodybuilder in his free time. 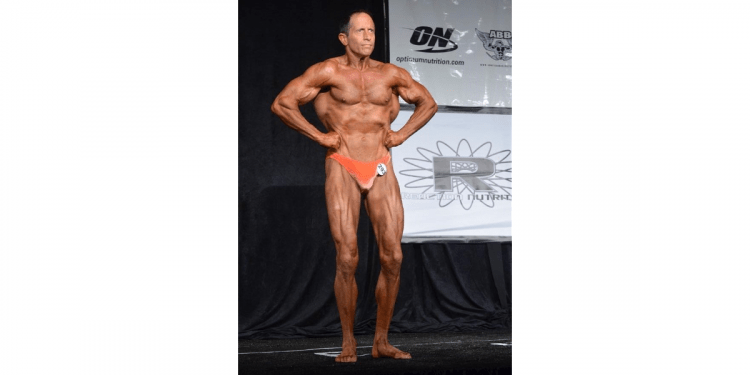 Joe Bastardi comes from a long line of weathermen, as his father Matt Bastardi and great grandfather were also meteorologists. Following in their footsteps Joe Bastardi attended Penn State University pursing a degree in meteorology. This, however, is not his only passion. Bored with the weather, in his spare time Bastardi has made his mark in the Bodybuilding world winning the NABBA American Bodybuilding Championships.

Analyzing the weather for Accuweather for 32 years, Bastardi held an impressive career frequenting on tv news shows. Reporting mostly for private corporations, he would appear on public networks like CNN and Fox News during big weather storms. However, he really made his name as an outspoken denier of human-induced global warming in contrast with the scientific evidence.

Dictating his views on climate change in his book, The Climate Chronicles: Inconvenient Revelations You Won’t Hear From Al Gore–And Others. Despite years of accurately reporting the weather, Bastardi insists the CO2 is incapable of impacting global warming because the levels have increased an insignificant amount and it doesn’t mix with the atmosphere. This is amongst other claims such as that the world was warmer in the 1930s than today, that the human contribution of carbon dioxide is too small to have any effect, and that warming is caused by sunspots and exchange with warmer oceans.

Reports from NASA counter Bastardi’s claims, stating that humans have increased CO2 levels in the atmosphere by 47% since the industrial revolution. Furthermore, in accordance with studies from the United Nations, it has been concluded that there’s a more than 95 percent probability that human activities over the past 50 years have warmed our planet.

While at Penn State studying meteorology, Bastardi also competed as a wrestler. Perhaps this is why he gained interest in bodybuilding originally. If his story tells anything, it is that anyone can get in shape. There are simple steps to starting your fitness journey or elevating your performance.

There are many reasons to want to get back in the gym; lose weight, build muscle, or simply to feel better. There is also always at least a hundred excuses to put it off. No matter your motivation or setback, here is where to start.

First, decide what your goals are. This may seem simple, however speaking your goals into existence can help you stay on track and make them a reality.

Next, buy a gym membership. Putting your money where your mouth is and investing in yourself will force you to take those first steps. Additionally, this can help you stay motivated by fitting the gym into your daily schedule and creates a mental map for fitness in your daily life. In my personal opinion, leaving my house is the hardest part of the workout. Then once I am there, I find it easier to to stick to the workout and get it done.

Finally, create a workout plan that works for you. If you hate running, then don’t force yourself to run and lift weights or try a HIIT workout instead. By choosing a workout you enjoy the dread for the gym will fade away.

Joe Bastardi was always an athlete, competing in wrestling while at Penn State. He kept up a causal workout routine during his tie as a meteorologist as noticeable from his times on news stations like CNN and Fox news. Having a fascination for weightlifting and a fan of bodybuilding, he took it to the next level.

It’s not all big weights. A healthy mix of heavyweight paired with low reps and low weight paired with high reps is key to sculpting your body. Loading the bar leads to big muscle tears and more room for muscle building. Therefore the heavyweight sets are necessary for bodybuilding, but they are not the only thing. Adding in a few days of lighter sets with high reps will strengthen the muscles you have already built, providing a stronger base well keeping your muscle safe.

Nutrition is everything! Sticking to big weights and a fatty diet won’t get you very far. Practicing a strict high carb high protein diet is also an important factor in building muscle and fueling your body for the workouts.

A bodybuilders breakfast should be high in protein and complex carbs that take time to digest. A plate of eggs, with fruit and oatmeal will start your day right.

The purpose of this meal is to boost your energy and focus. Simple carbs such as fruits are fast digesting and full of natural sugars that won’t weigh you down during your workout. A quick digesting protein source with caffeine will give you everything you need to stay energized and fueled throughout the workout. Additionally, the protein will prepare you muscles for growth and repair.

If there is a time to reward yourself, now is the time. Post workout is when you are burning the most calories, so you may as well take advantage. Your post-workout meal should include a slow-digesting protein to support muscle growth and repair long after workout. A chocolate protein shake with peanut butter will taste like a milkshake and provide an environment for a long lasting muscle growth.

Ending the day is usually when we eat the most. However, this is not ideal for our metabolism or sleep schedule. A lighter with little starchy carbs is the way to go. Try a plate of lean protein, like fish and tofu, paired with lots of vegetables.

Sweet Potatoes: Even More Nutritious Than You Think