Manly Drinks to Try Next Time In The Bar 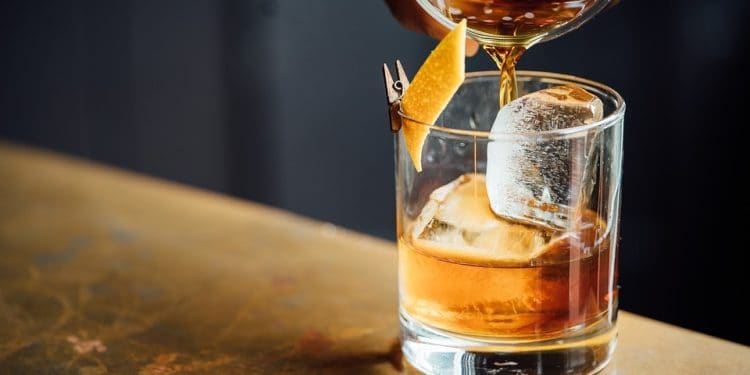 As a grown man, you should know what to order when you walk into a bar. Not only will it help you out, but it’ll even make you look better, too.

When it comes to what you order at the bar, your drink can make a huge difference – even with the ladies. Yes, certain drinks can earn you more points with women when you order them at the bar. However, sometimes it’s not always about what you order but about how you order it.

Meaning, having confidence when you ask the bartender for your order can mean the difference between going home with that lovely lady and making a fool of yourself (AKA, losing out on winning her over).

When he can order a drink, know what it is, and enjoy it, it can make him a lot more appealing than he might be otherwise. It’s the level of confidence. And sometimes, having self-confidence means knowing what you’re doing, which means you’ll need to – and should – know certain drinks so you can order them with assurance.

If you’re going for the “macho” look and want to seem extra masculine, ordering a drink like this is the way to go. Ordering a drink “neat” means it’s just the liquor. No ice. No soda. No mix-ins.

Here are a few you can order the next time you’re out:

Whenever you watch shows with old men drinking at a bar, they’re always sipping on scotch. While some may think it has a taste reminiscent of what nail polish remover might taste like, people drink it anyway.
Asking for a neat scotch will up your man factor if you’re in a bar. Just remember to sip it slowly. Chugging scotch will only make you look like a fool.

Many people say you can never actually enjoy an Irish whiskey unless you drink it neat. Since it allows you to taste the entire spectrum of flavors fully, it’s best to avoid pouring it over ice or adding anything else.

Some people swear that brandy is an old woman’s drink but more men sip on it than old ladies. Since it’s a little sweeter, it’s an easier drink to stomach even if you’re not a fan of clear liquors. You can even drink it slightly warmed, too.

These are probably the most famous drinks for you to know because the ladies love to order mixed drinks at the bar. And if you know what goes into each, you can quickly ask her what types of liquor she likes and choose one according to her tastes. There’s not much sexier than a man who knows how to order a good drink for their woman.

Manhattan is a wildly popular drink people order at bars. It’s relatively simple but also packs a powerful punch. To make it, you only use three ingredients. Bourbon, sweet vermouth, and bitters are all that it takes. As you can imagine, it’s a little stiff.

You already probably know this mixed drink but do you know how much liquor goes into it? There’s quite a bit. If you want to get a little more than tipsy, order it because it’s full of rum, gin, vodka, tequila, triple sec, just a splash of cola. The kicker? You can barely taste the alcohol at all, which makes it a super tasty and refreshing drink that’ll get you wasted in no time.

I’ll admit. For the longest time, I had no idea what a dirty martini was. It didn’t sound very appetizing, to be honest. However, it tops the list of the most favorite drinks to order a bar. And since it’s easy to make, bartenders don’t even mind. It has vodka and olive juice. That’s it! You can quickly whip this up yourself at a party, too.

A Hole in One might sound like what you want at the end of a night out, but it’s a relatively modern and one you’ll want to remember for summertime.

You just throw some Johnnie Walker Red with some tea, honey, and lemon and you’ve got yourself A Hole in One.
This is a particularly popular drink at the country club and golf resorts.

5. Old Fashioned
Old Fashioned might be a drink that requires a bit more work, but it’s worth it. Not only is it sweet (or sour, depending on how you like it), but it’s also refreshing while also packing a decent punch.

To make this one, you’ll need bourbon, simple syrup (sugar boiled water), and bitters. Pour those three ingredients into a glass and mix it up before straining and pouring over ice. Peel off a piece of orange rind and rub it along the edge of the glass before dropping it in. Then serve! If you want to make it a bit sweeter, throw in a couple of maraschino cherries.

If you want to add a level of mystery to your demeanor, get a drink on the rocks, which is basically like ordering a drink neat, but with ice.
Here are a few traditional liquors poured over ice.

Drinking this one on the rocks makes it a bit easier to tolerate. It’s simple, straight forward, and will be enjoyable and cold after a long day at the office. It’ll also make you look like a rustic man enjoying a drink at the bar.

Southern Comfort is another favorite brand of whiskey that many people know and love. It’s a little more subtle and is a bit easier to sip with straight ice than many others.

Not only does this just sound like an epic name for a drink, but many people also enjoy sipping on this blended scotch over ice. Since this liquor only uses whiskey that’s has aged for a minimum of 12 years, it’s a lot smoother than other types you might get at a bar.

The next time you want to impress a beautiful girl, order her a drink. In fact, just order yourself one of these drinks, and she’ll be all over you. Just remember that if you make a funny face while sipping on some of these, it’ll negate the manliness of the drink itself. You have to like what you drink.

High Socks and Skate Shoes… Back?

Manly Drinks to Try Next Time In The Bar