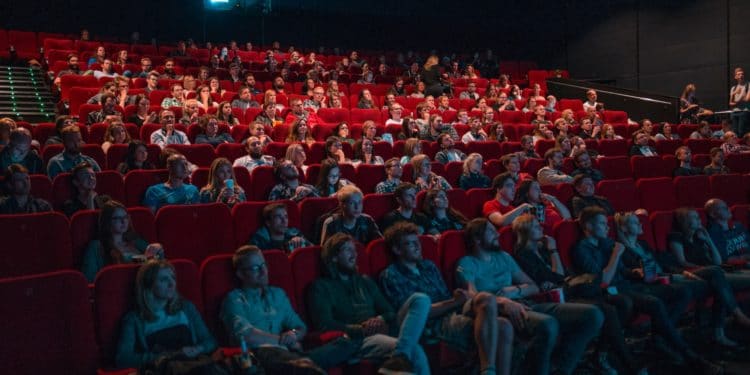 In 2011, Stacy Spikes founded MoviePass with the intention of giving movie lovers unbridled access to watching movies in theaters. His plan was to discourage pirating and bring people into movie theaters that normally didn’t.
As the company grew, the online service plan ranged from $100 a month for unlimited movies to $50 for six screenings per month with access to 3D and IMAX showings. There were also plans for as low as $20 a month, for limited access. By 2016, the company had 20,000 subscribers.

The former Netflix and Redbox CEO were named the CEO of MoviePass in June 2016. His previous ventures revolutionized streaming and he intended to do the same for movie theaters. He helped maneuver the sale of the company to Helios and Matheson. That was when Lowe made his move.

“After years of studying and analysis we found that people want to go to the movies more often, but the pricing keeps going up,” Lowe said in a statement, “We’re making it more affordable for people.”

Lowe, along with the backing of Helios and Matheson’s CEO Ted Farnsworth, launched the ultimate movie-going deal: 30 movies for the price of $9.95. Even so, these great things are truly too good to be true, and here’s how MoviePass remains brilliant and flawed at the same time.

If you signed up for MoviePass in August, then you hit cinematic nirvana. You could see a movie day for $9.95. Of course, that deal wouldn’t include IMAX and 3D showings. So what? You can’t exceed more a movie a day. Again, so what? Repeat: you are watching one movie in a movie a theater every day at any time. Even if you watch one movie a month, then it’s worth the deal. The subscription is simple. You sign up and attach your credit card. MoviePass will send you its personalized credit card. Then you download the mobile app. When you want to watch a movie, you choose the theater, time and check in. You had the MoviePass card to the teller. That’s it.
The promotion seems hard to believe but it works.

In short, Lowe’s company pays for every movie you watch and the movie industry is never hurt. In fact, movie industry exec’s have used some of the data accrued by MoviePass to study customer’s viewing patterns. The new pricing deal boosted subscribers from 400,000 in September to 600,000 by mid-October. By February 2018, there’s $2 million with a MoviePass card. The company then announced in February that new members will be paying $7.95 a month and lowered it to $6.95 in March. The success resulted in the purchase of Moviefone and Verizon invested in MoviePass as well. And larger theater chains like AMC were inspired to create their own similar service.

For cinephiles, this deal was a dream. The average movie-goer would be able to go to all the major theater chains such as AMC and Cinemark to watch blockbusters such as “Avengers,” “Black Panther” and “Ready Player One”. But movie geeks were more satisfied by the chance of experiencing a low-budget, indie flick at a specialized theater. In New York City, for instance, the film students were allowed an opportunity to see art films at the famed Angelika Theater or the IFC Center. They are all on the MoviePass radar.

Actually, if you look at the list of the theaters on your mobile device and there’s a slew of great boutique movie theaters at your hand such as The French Institute, Videology, and Nitehawk. But there are also newer unique movie theater chains that also accept MoviePass. There’s Alamo Drafthouse in Downtown Brooklyn, which serves gourmet food and alcohol as well as employs strict rules to watching movies. There’s also Cinepolis Movies in Chelsea. The theater has been coined as the “luxury” theater with great food and drinks served to you in your recliner seat. But the point here being, MoviePass gives you more theaters with more movies to watch. You could, in fact, watch a different movie every day and it won’t get old.
Now that you understand benefits of having MoviePass. There’s also a downside to subscribing to the movie-going company.

Lowe and MoviePass revealed recently a major bummer for users. MoviePass will no longer allow repeat showings for “select” movies. This additional guideline pertains to ALL members.
“We hope this will encourage you to see new movies and enjoy something different,” the MoviePass states on their website.
With blockbuster season here, the viewers revel in watching “Avengers: Infinity War” several times. The one big reason that made MoviePass great was the ability to see films whenever and wherever, no matter how many times. The beauty of going to a second showing with other groups of friends is now tainted. The MoviePass freedom is gone.

Along with the newest rash of changes, MoviePass is also requiring new members to pay three months fees upfront. But, According to The Verge, MoviePass has instituted expanded tests to prevent fraud. In some markets, the New York-based company required customers to upload photos of their ticket stubs to verify they are watching the movie the company paid for and only once per day.
The Verge reported that an email was sent out by MoviePass that read, “Please note that failure to cooperate with the below safeguards could result in the irreversible termination of your subscription.”

The MoviePass experience remains a complex business endeavor. Just like with Netflix, many in the entertainment industry people wonder how a company actually turns a profit. A news organization reported recently that MoviePass was losing roughly $20 million a month since it implemented the unlimited movie deal. But there’s always a larger game plan for any business. MoviePass and Helios and Matheson reported in January that it created a subsidiary called MoviePass Ventures. The new department would co-acquire films for distributions. That essentially turned MoviePass into a distribution production company. On June 1, 2018, MoviePass will release its first film for distribution called “American Animals”. So as the revisions befuddled the company and its members, you always have to keep in mind of the long-term plans, especially in the movie industry. The idea of $9.95 was to bring customers back into the movie theater.

In reality, the company banked on the gym-membership theory: many subscribed but aren’t using it. The Mercury News recently reported that 88 percent of the MoviePass members don’t go to the theater enough to hurt the company.
“We could be profitable right now if we got rid of the 12 percent,” Helios and Matheson CEO Ted Farnsworth told The Mercury News.