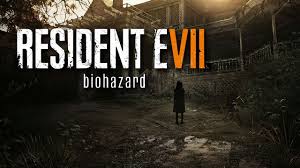 The games are more akin to puzzle action games with a horror theme than a series of genuine scares. However, with the success of P.T, which was the demo for the now-canceled Silent Hills, being a game that genuinely terrified people Capcom decided to take the series in a new direction.

Since the cancellation of Silent Hills left many fans disappointed at what could have been, Capcom picked up the mantle and made their new Resident Evil game heavily inspired by P.T.

One of the many changes Resident Evil 7 made that divided fans were the change from the traditional third-person perspective the series is known for a first-person perspective. It is true that the series went with this perspective because it’s the same perspective P.T used, however, it’s impossible to deny that seeing everything through the character’s eyes makes for a more immersive experience which amplifies the scares.

There may be several changes to the series regular structure that might throw some die-hard fans off; there are still some staples to the series that fans will appreciate. Some of these additions can’t be talked about because they spoil the story, but several easter eggs and puzzles will remind fans of the original Resident Evil. The game does a great job of balancing what long-term fans want in a Resident Evil game with trying something new in order to attract a new audience.

A common misconception about Resident Evil 7 is that it is a reboot of the entire series canon. It is understandable to assume this is a remake because of the recent influx of series starting over from square one, such as Mortal Kombat. Fans of the series will be happy to know everything that happened in the previous Resident Evil games is still canon.

Resident Evil 7 is a fantastic addition to the series that expands on the changes to the video game horror genre presented in P.T. The new Resident Evil shows how small scares and immersive gameplay is what people want in their horror games now and I am looking forward to what comes next in the series.