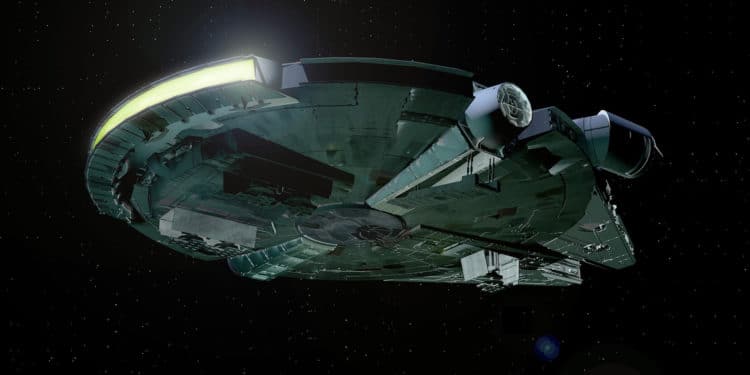 The date was October 30, 2012. That was when Disney CEO Bob Iger announced the $4 billion purchase of Lucasfilm (a.k.a, the Star Wars franchise) and fanboys around the world rejoiced. It was also the moment that would inevitably change Star Wars forever — in a good way.

At the time, Disney had already epically-stamped its footprint with the Marvel Cinematic Universe and unveiled a plan to do the same with Star Wars on that October day. So far, the company has kept its promise. The franchise is about to release its fourth movie — “Solo: A Star Wars Story” in May — and has launched a marketing campaign that includes the construction of a Star Wars Land in Disney’s Hollywood Studios in May 2019.

But what has fans even more excited is Disney’s plans in conquering the small screen with shows that will be part of Star Wars canon. There’s certainly a blueprint in how the next phase of the Star Wars will take shape, and here are three ways why and how that’s happening.

In an Animated Galaxy Far, Far Away

in 2008, lesser-known producer Dave Filoni created the animated series “Star Wars: The Clone Wars”, that was aired on the Cartoon Network and then Netflix. The series centered on Anakin Skywalker and Obi-Wan Kenobi’s battles during the epic war that eventually led to the fall of the Republic.

It also led Anakin to the Dark Side and becoming Darth Vader. The series, which is part of the canon, would become the saving grace after the disappointing prequels. The series lasted six seasons and won popularity amongst fans for delving deeper into the Jedi Order as well as introducing then-padawan Jedi Ahsoka Tano.

The beloved Tano, which was Anakin’s apprentice, gained such a cult following that now she is part of Disney’s plan to take over TV (we’ll get back to that later).
Filoni’s first show catapulted him to the forefront of Disney’s Star Wars future. In 2014, the company green-lit Filoni’s “Star Wars: Rebels”, airing on the Disney Channel for four seasons. The show focuses on the rise of the Rebellion and occurs five years before the original film (A New Hope).

It was a gigantic success in its unearthing vast new planets, plentiful of easter eggs and returned of famed characters such as Lando Calrissian (voiced by Billy Dee Williams), Darth Maul and Darth Vader (voiced by James Earl Jones). For fans, however, the biggest attraction to “Rebels” was how its animation style is based on the original Ralph McQuarrie Star Wars concept art. But it also was how “Rebels” created a new wave of characters like Jedi Ezra Bridger, Hera Syndulla, and Sabine Wren.

The ultra-success of “Rebels” has led Disney to expand its universe to the small screen. The Star Wars creative team is now fearless in delving deeper into finding newer and more engaging characters as well as different worlds, connecting them all together both past and future.

“Rebels” ended in March. But Filoni and Disney were already planning the next series with, potentially, a third series in the works at Lucasfilm Animation. Late last year, Disney revealed that it’s starting its own streaming service in 2019. The news resulted in a bump in original programming and has put Filoni right in the middle of it.
“So I think that’s what the future holds,” Filoni told Comicbook.com. “We have a lot of different ways to convey stories and we choose the best mediums and we are showing no sign of slowing, so the end of one thing always means the beginning of another, and soon people will learn what that other is.”
The rumors of the new series have been all over the place.

The one rumor is the telling of the backstory of Revan, the Jedi-turned-Sith-turned-Jedi. There’s also the Mandalorian Wars, which takes place directly after “Rebels” ended and could include backstory of the Darksaber, the original Lightsaber. But there’s also been rumors that the series could focus on the time between “The Return of the Jedi” and “The Force Awakens”. But, lastly, another rumor has been a series on Ahsoka Tano, who also plays a crucial role in “Rebels” and remains the most popular choice among fans.

Even if it’s not Tano’s story, there’s always hope.

As Disney continues to prep for the launch of its streaming service, the company pulled out all the stops in creating a buzz. Earlier in the year, Disney announced that it has netted master director Jon Favreau to take on the first live-action show in the Star Wars universe as lead writer and producer. Favreau was a critical cog in making the Marvel Cinematic Universe a success.

Now, Favreau is leading the charge in bringing Star Wars to the small screen. Again, Disney and Lucasfilm are being tight-lipped about the topic of the show. But again, there are rumors. First off, let’s travel back to 2005 when George Lucas had planned a live-action show called “Star Wars: Underworld” that would tell stories about gangsters such as Jabba the Hutt and various bounty hunters like Boba Fett. But the chances are slim that Favreau’s show will go that route. Maybe, just maybe, the older fans could get their wish and see the Old Republic come to life.