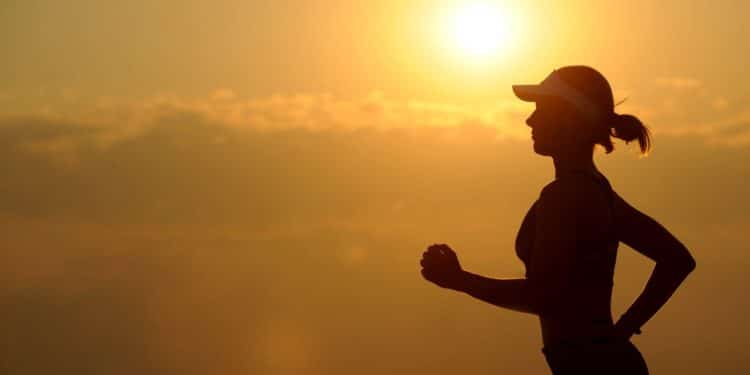 We all know how exercise can help our bodies strong and resistant against various illnesses. While exercising, it is normal to pant like an excited dog after a vigorous workout routine.

Unfortunately, some people experience more – or worse — than that. These people who want to get fit tend to have asthma attacks while exercising, rather than just normal shortness of breath. This condition is called exercise-induced asthma.

What is exercise-induced asthma?

According to Asthma and Allergic Foundation of America (AAFA), exercise-induced bronchoconstriction (EIB), commonly known as exercise-induced asthma, happens when airflow obstruction occurs due to exercise.

Our nose serves as a filter for the air we breathe before it eventually goes into our lungs. On the other hand, we tend to breathe more deeply when we exercise –mostly through the mouth — which can cause “colder, drier air to enter your lungs”.
Once the air we breathe through our mouths goes into our lungs, our airways swell and trigger asthma. This is most probably the reason why we feel “a shortness of breath that’s out of proportion for the exercise”, according to David Roe, MD, a pulmonologist at Indiana University Health Methodist Hospital.

As mentioned earlier, dry and/or cold air can trigger narrowing of our airways, also known as bronchoconstriction. Similarly, exercising in places with cold and dry air can most likely trigger EIB as compared to exercising in warm and humid places.
In addition, AAFA mentions other environmental factors can trigger EIB symptoms, such as:

The Institute for Quality and Efficiency in Health Care stated that around 70 to 90 percent of asthmatic people most likely experience symptoms of exercise-induced asthma while exercising.

On the other hand, here are some signs that you have EIB, and that you need to stop exercising ASAP:

On the other hand, exercises that can force you to run constantly for hours are not recommended for asthmatics. These include:

How exercise can benefits asthmatics

Exercise can benefit all individuals including asthmatic people, according to an article posted on MedicineNet.com. In fact, a 2012 review on exercises for asthma found that it is generally safe, as well as it can improve heart and lung health, and improving overall quality of life.

Thus, exercise is highly-encouraged especially for asthmatic people, albeit with certain limitations.

We all perceive athletes as healthy and with strong endurance to last vigorous exercises. After all, they need to be fit so they can participate in various sport competitions and win medals.

However, it is surprising to know that even elite athletes have asthma, with some of them having the condition since they were children.

For one, former soccer star David Beckham was caught on camera “using an inhaler at the 2009 MLS Cup.” According to Beckham, he had asthma for years, but did not discussed about it publicly. Nevertheless, Beckham has been able to overcome his condition, being one of the most successful soccer players of all time with numerous awards under his belt.

Jackie Joyner-Kersee, a six-time Olympic medalist and named Greatest Female Athlete of the 20th Century by Sports Illustrated, once feared that her asthma may end her athletic dreams. She shared that “it took me a while to accept that I was asthmatic. It took me a while to even start taking my medication properly… But once I stopped living in denial, I got my asthma under control, and I realized that it is a disease that can be controlled.”

Paula Radcliffe, a marathon runner and Olympic medalist, had asthma since her teenage years. However, the diagnosis did not deter her to pursue her athletic dreams. Radcliffe shared, “I don’t think asthma affected my career — if anything it made me more determined to reach my potential. If you learn to manage your asthma and take the correct medication, there’s no reason you shouldn’t be the best.”

Tips on exercising with exercise-induced asthma

The key in dealing with exercising while you’re an asthmatic is proper management, just like how star athletes deal with theirs. Here are some ways in successfully working out without reaching for an inhaler shortly after: