The Benefits of Meditation 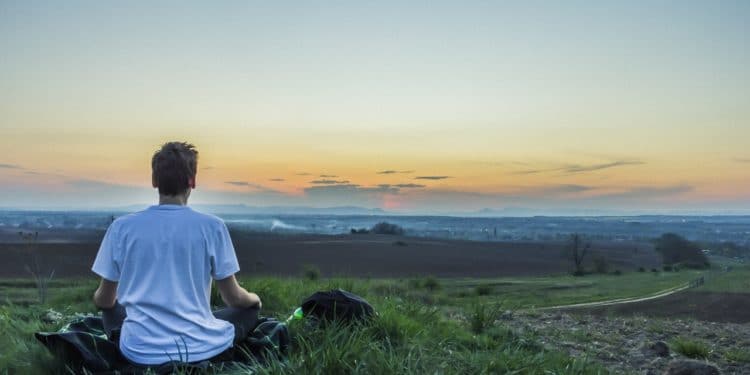 There has been evidence to suggest that mindfulness meditation can have a bountiful number of positive effects on physical, emotional, and mental health.

What exactly is mindfulness meditation? Mindfulness meditation is the practice of closing one’s eyes and focusing on one’s breath. If the mind wanders, as is natural, then one simply refocuses on one’s breath. One does this while either sitting down on the floor or on a cushion with one’s legs crossed or on a chair with one’s feet flat on the ground.

Mindfulness meditation can help prevent disease as it strengthens the immune system. It also promotes healthy circulation as it is known for lowering blood pressure.

A British study found that those who followed a meditation class after five years had a 48% lower chance to ever suffer from a heart attack.

Meditation can also help those who may suffer from insomnia. Those who meditated, in turn, had less stress and were able to fall asleep faster and stay asleep longer.

Meditation could also be helpful for those with anxiety and depression. It has been shown to increase levels of optimism.

A study involving hundreds of Belgian students showed that there was a decrease in the number of negative thoughts with meditation.

Meditation has also been shown to help those who suffer from anxiety in career-related situations. There was a study conducted that showed that a group of nurses who were involved in a meditation program suffered less from anxiety.

Even those who suffered from addictions from drugs found that they had fewer cravings for alcohol with meditation. The same was discovered for those known for emotional eating, or cravings for food in order to satisfy their emotional needs, as opposed to regular hunger.

According to Healthline.com, there is a meditation practice called Metta, in which the person develops thoughts of love and kindness for oneself. It turned out that those who did this went on to develop similar feelings for others. This included feelings of forgiveness and compassion.

There was a study that found that meditation was just as effective at treating anxiety as an antidepressant. The meditation would obviously be more desirable as it doesn’t come with any negative side-effects.

Research suggests that meditation can sharpen focus. It turns out that intentionally ridding the mind of thoughts helps us focus on what we choose to think about next. In this case, it would be beneficial for people who analyze, whether it be for school or for work.

The focus is an important skill in a variety of career fields which includes research, editing, writing, musical composition, as well as many others.

A study in California found that those in the research who did meditation had better cognitive skills. Those who underwent twenty minutes a day of meditation practice did as well as ten times better than those who took the cognitive test and didn’t undergo the meditation.

Another field which would benefit from this practice would be academia. Meditation has been shown to increase memory skills, and cognitive and memory skills are obviously helpful to have when conducting research or intense study.

Meditation can also increase self-awareness, according to some research. As it can help you focus, it appears it could also help one become critical of thoughts that pass through one’s mind, and thus evaluate better any thoughts that could cause self-harm or diminish one’s self-esteem.

It really does seem that meditation has positive effects all around. It seems that twenty to thirty minutes a day seems to be an optimal amount for those with a busy lifestyle.

Those who are new to meditation are recommended to start with just five minutes a day, gradually increasing the amount of time as they become more experienced.