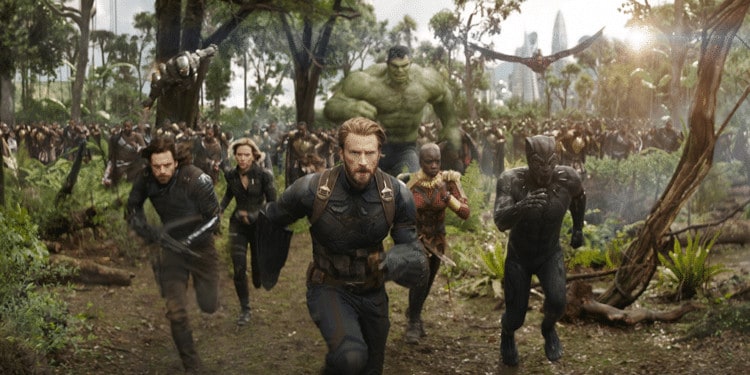 We’re on the cusp of Marvel’s biggest project yet, by a long shot. That is if you thought Avengers: Age Of Ultron or Captain America: Civil War was a large-scale ensemble project, you haven’t seen anything yet. Avengers: Infinity War comes out on May 4th, and by some accounts there could be more than 70 superheroes in the film. More than 70. Try to name all the superheroes in Age Of Ultron and you can probably get to 10 or 12.

Now, clearly, a lot of these numbers are going to be bolstered by supporting characters. Black Panther just introduced a whole host of new characters who can effectively serve as T’Challa’s team in Infinity War; the same can be said of the Guardians of the Galaxy behind Star-Lord. But 70-plus heroes is still a whole lot and goes to show that Marvel is perhaps stretching itself out a little too far to reasonably introduce ensemble films (even if we’re sure Infinity War is going to earn rave reviews). And to think, they’re not even able to use the X-Men because of licensing agreements!

Despite the fact that things are getting a little dense, however, there are still some really, really cool heroes that Marvel has yet to introduce in its modern era of cinematic dominance. This is just one guy’s opinion, but following the immense success of Black Panther, it also feels like side solo projects are back on the table for the first time in a while.

And if that’s the case, these are some heroes Marvel still needs to introduce.

Okay, this one isn’t entirely fair. Marvel has already announced Captain Marvel, who will be played by the wonderful Brie Larson. She should be an excellent inclusion. I’m just listing her here to emphasize that she should have her own branch of projects and not just be a new character thrown into the fray. Incidentally, there are some who believe she was hidden in an Infinity World trailer – but the plan is for her to be unveiled an upcoming solo project.

Moon Knight is downright awesome. Gaining powers from an Egyptian moon god and patrolling streets at night to fight crime, he’s basically a perfect combination of Batman and Black Panther – and possibly with a cooler costume than either of them. Moon Knight was a relative unknown to non-comic book readers until he started appearing in gaming properties like Marvel: Contest Of Champions and Marvel Heroes online, but by this point, there are probably a lot of people who would be excited to see this character brought to life. He’d also represent another opportunity for Marvel to cast a minority actor because people don’t really have a preconceived notion of how he typically looks, or where he’s from.

Ghost Rider has actually been around the block, and always with a little bit of good. The pre-MCU films with Nic Cage were fantastically entertaining, but ludicrously absurd at the same time. A Playtech-produced online game has beautifully rendered graphics and a pumping soundtrack, but is also a slot reel in essence. The character is in other Marvel games like those Moon Knight appears in, but was a late addition as something of an afterthought. In other words, whether through old games, mobile or slot games, everyone knows Ghost Rider – but Marvel’s never really gone all-in with him. It would be cool to see them do it, and produce a darker movie in the process.

Beta Ray Bill is awesome, and while he seems like a long shot, he would be a blast in the MCU. If you’re unfamiliar with the character, he’s basically a large alien horse/man hybrid who initially fights Thor but then becomes an ally, complete with his own version of the hammer Mjolnir. If you don’t think that sounds fun (and funny), you’re taking the MCU too seriously.

A lot of comic fans have just about come to the conclusion that Adam Warlock is a necessity. He’s generally assumed to possess an infinity stone, and is one of the most powerful of Marvel’s heroes, by most measures. Therefore he’s probably going to need to be around if there’s any hope for the Avengers to defeat Thanos. Some believe he was already glimpsed as an Easter egg in Guardians Of The Galaxy, but others believe that theory has been debunked.