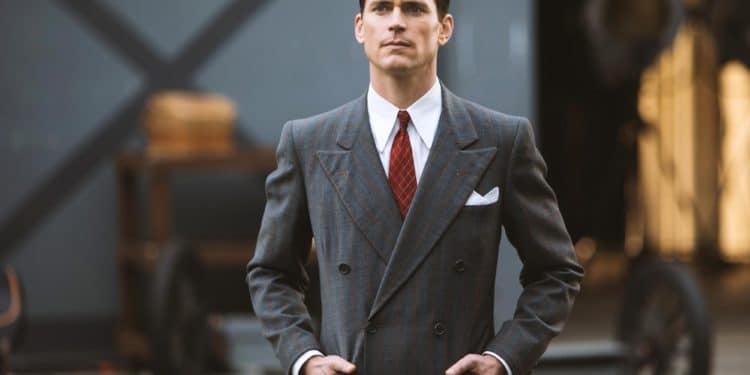 F. Scott Fitzgerald is widely regarded as one of the greatest American writers of the twentieth century and his influence on the craft can not be understated – his work is what every writer aspires to. He captured the English language with a grace unlike anyone before or after him. Throughout his short life, Fitzgerald wrote some masterpieces including, The Great Gatsby, Tender is the Night, This Side of Paradise and The Beautiful and the Damned.

His final, and unfinished, novel, The Last Tycoon, was published posthumously in 1941. Like past works, the book centers around the dark side of high society. Throughout the years Fitzgerald’s last manuscript has been adapted for the stage, a television play, a feature film and last year Amazon Studios released a TV series around the novel. The lavish period drama centers around the politics of Hollywood which mix fictional characters with historical figures. The show is as intriguing as it is aesthetically pleasing and with a stellar cast including, Matt Bomer, Kelsey Grammer, and Lily Collins, there have been talks about extending the series past the book’s last page – since the two versions of the novel were written by guest authors, it wouldn’t be a stretch.

Set during the golden age of Hollywood, costume designer, Janie Bryant, dresses her cast in fabulous vintage apparel. Known for her work on Mad Men, Bryant brought her expertise to the set making it completely authentic.

If you want to create a look that will never go out of style and make you the hippest guy at the grocery store, consider going vintage. A vintage look is always cool no matter which way you slice it. In addition, you are basically recycling, so you are being eco-friendly and socially responsible. However, you must know about the history of fashion to be knowledgeable about what trends were in style during the decade you are attempting to emulate, otherwise, you might end up looking like a homeless person. Vintage is only considered vintage if it is 30 years old or older. Currently, we are only going back as far as the 1970’s so those neon pink leg warmers are still outdated. Anything pre-1920’s is not going to be practical or stylish. A knowledge of fabrics is essential as you are going to want to avoid poorly made or mass produced clothing made from polyester double knits. Sorry guys, but those leisure suits are never going to come back. If you do want to go back prior to the 1920’s, you’re going to want to focus on haute couture and not everyday apparel.

While there are websites such as the Rusty Zipper who sell vintage apparel, it is best to visit your local vintage shops because when buying vintage clothing, it’s very important that you inspect the garments for damage and try them on to make sure they fit well. Buying vintage clothing online is discouraged because the sales are usually final. Moreover, know where to shop. While you can sometimes find a gold mine at thrift stores, you can probably find better quality at actual vintage shops. It would serve you well to learn to do your own alterations or know a good tailor as chances are you will need to nip and tuck your vintage pieces. Half the fun of dressing vintage is the hunt for new pieces. When you find an authentic 1929 hand printed silk tie, endorphins will release giving you a natural high.

Know the difference between vintage and thrift items. As I mentioned, you can find vintage items at the GOODWILL and Value Village, but knowledge is needed to make a good purchase. Some things to look for are, garments that were manufactured before the mid-’60s are metal zippers, side-snap closures, saw-toothed edges and union labels printed in blue. A general rule would be, the older the garment, the better the quality especially with higher end designer pieces.

Feel free to mix old pieces with new pieces, in fact, I would encourage this practice as you can generally find vintage-inspired looks in department stores, especially from the 60’s and 70’s. Currently, the 1960’s are enjoying a come back of sorts as slim fit suits and skinny ties are all the rage. You can find these authentic pieces in vintage stores or influenced looks at Macy’s, Nordstrom, Dillard’s or any men’s apparel shop.

Finally, remember the details. If you’re going to invest in vintage clothing, don’t forget the accessories. Make sure you aren’t mixing the decades if you want to pull off an authentic look.

Moments That Basically Sum Up Your foreplay Experience