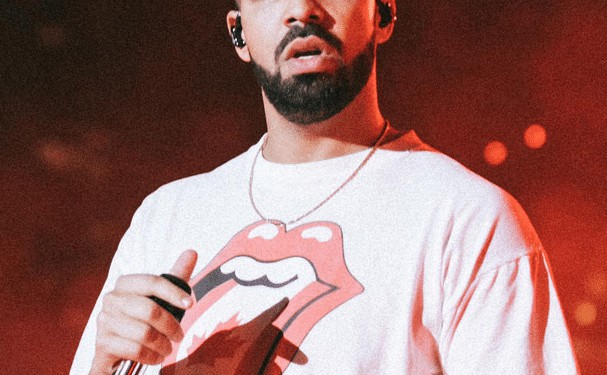 Good news Drake fans, a new album is in the works. Drake dropped the news while performing at his Toronto based music festival OVO Fest.

And not only did Drake mention that a new album was on the way, but he also said that it could include collaborations with none other than The Weeknd.

"I want you to understand what this is. I don’t want to do this to you on stage, but I feel like that OVOXO project has to happen at some point."

Drake and The Weeknd have worked together before. Their collaboration has made hits out of songs like "The Zone," "Crew Love," and "Live For."

Drake also shared with the crowd that he would be producing the upcoming album in Toronto, which is where he’s from. The Weeknd also happens to be a Canadian musician and was on hand performing at OVO Fest as well.

Drake’s last drop was the mixtape More Life, which came out less than five months ago. Before that, his last full-length album was Views in April of 2016. That album, coupled with that year was a pretty remarkable year for both Drake and the music industry at large.

The 13 American Music Awards nods that he received that year inched him out in front of the previous record holder, Michael Jackson who had 11 in 1984. In 2016 he also tied with The Notorious B.I.G.’s for most number one debuts on the Billboard charts.

He broke Spotify’s streaming record with the mixtape, If You’re Reading This It’s Too Late, only ousting himself from the top spot with the 2013 album, Nothing Was the Same.

At the 2017 Billboard Awards, Drake took away 2013 trophies, which effectively passed up Adele’s former 12 to break the record for most wins ever. Views were the most popular release of 2016 and spent 13 weeks at the number one spot on the Billboard 200 chart. He certainly doesn’t seem to be showing any signs of slowing down.

In more Ovo Fest news, Drake and Tory Lanez proved that their prior beef is over and done with. Drake and Tory were going back and forth for a period, but it seems as though the Toronto rivals have mended their fences.

Tory posted a now deleted tweet that read “thank u for paving the way for artist like me to shine from this city. Let’s continue to put on for Toronto together.” It’s unclear why the tweet was deleted, but Tory echoed the same sentiments on his Instagram account as well.

Tory’s skills first caught the attention of Sean Kingston after posting a cover of himself freestyling over Lloyd Banks’ "Beamer, Benz, or Bentley."

He started gaining mainstream attention for his 2014 mixtape Lost Cause. The mixtape’s singles, "Say It," and "Luv" landed at number 23, and 19 on the Billboard Hot 100 charts. His debut solo album I Told You dropped in April of 2016.

Tory challenged Drake via YouTube in 2013, and many assumed that that one of Drake’s lines from the single “Summer Sixteen” was directed right back at Tory.

"All you boys in the new Toronto want to be me a little."

Just one year later and Tory was asked to be a guest performer at OVO fest. Drake spoke directly about the former beef with Tory while on stage at OVO.

“We had problems with each other, but we had never even met each other. I met the man, and he’s a great guy!”

Last year Tory had also explained that their issues weren’t personal, just that he and Drake are two top dogs trying to stay on top.

“There’s never been a personal problem because I don’t know that man. It’s just one of those situations where the only thing that’s ever gonna lie in between us is that we can’t share first place and I’m the only guy that’s bold enough to come and take that right now.”

Perhaps the two realized that the best thing for two number ones to do is to collaborate on absolutely massive number ones?

Time will tell if Drake and Tory start dropping hits the way that Drake and The Weeknd want to do. Perhaps they’re already working on new tracks for Drake’s upcoming album. It is, after all, going to be produced in Canada which Tory is equally proud to represent.