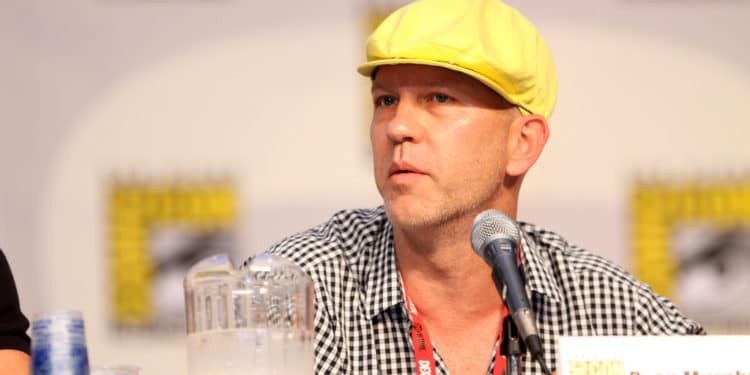 The details around American Horror Story are traditionally kept pretty quiet until the last minute, but creator Ryan Murphy and the cast tend to drop some hints here and there. In February Ryan explained that the upcoming season American Horror Story: Cult is “going to be about the election that we just went through,” but it might not be quite that simple.

Executive producer Alexis Martin recently spoke out to follow up on that particular quote.

It’s more about what’s going on in our world around us, the idea of paranoia. It’s not what you think it is. Knowing less is so much more because it’s going to unfold for you. But it is an element in our launch point.

Paranoia seems to be an active keyword here. What we can confirm is that stars of the upcoming season, which as usual includes both new and returning actors. Confirmed actors include Sarah Paulson, Alison Pill, Billie Lourd, Adina Porter, Leslie Grossman, Emma Roberts, Evan Peters, Billy Eichner, and an appearance by Lena Dunham.

Paranoia seems to be an active keyword here. What we can confirm is that stars of the upcoming season, which as usual includes both new and returning actors. Confirmed actors include Sarah Paulson, Alison Pill, Billie Lourd, Adina Porter, Leslie Grossman, Emma Roberts, Evan Peters, Billy Eichner, and an appearance by Lena Dunham.

Sarah Paulson is an American Horror Story standard at this point, so no surprises on that return. When asked about the upcoming season she admitted that she didn’t know how it was going to end, explaining that in the past she’s been informed about the season and it’s ending, but then that it always ends up changing along the way.

This time she doesn’t know at all. She did confirm that in the upcoming season her character and Evan Peter’s character will be in a relationship for the first time.

Evan is another staple of the show, and it will be interesting to see what direction their relationship heads. Sarah said that it would be “surprising.”

We also know that there will be two women married to each other on the show, as well as bloody tension, a well-cooked meal, and an exciting trip to a grocery store.

It’s hard to tell how strong or vague those hints are about what to expect. In the past, the seasons have always brought plenty of surprises regardless of how much information was known at the time.

Some of the surprises come in the form of storyline, and some in the form of performance.
Lady Gaga was an unexpected addition to American Horror Story: Hotel, and she was awarded a Golden Globe for that role. She beat out actors like Kirsten Dunst, Felicity Huffman, and Queen Latifah.

Overall the anthology series has been nominated for 236 different awards and took home 59 of them. Ryan has admitted that all of the seasons are connected even though they take place in different times and feature different characters in entirely different stories.

They’re all connected. We’re just beginning to tell you how they’re connected. They’re all very separate, but there are clues every season that we’re now telling you how the different worlds are intertwined…part of the fun of the show is the Rubik’s cube design of it, but, yes, there are purposeful connections, character connections, and similarities and things that connect that we’ll continue to connect moving forward.

It sounds like we’ll have to keep watching to find out. Luckily the show has plans to stick around for a while.

According to a source, the show will be around for at least nine seasons, and now we’re headed in season seven. But the possibility always exists that it will continue even longer than that. Ryan has shared that he will do it “for as long as we have ideas and the momentum. I love doing it.”

FX CEO John Landgraf has called the show “vital” and hopes that “Ryan Murphy, Brad Falchuk, and the entire creative team will continue to deliver the groundbreaking, celebrated American Horror Story for years to come.” It sounds like no one has any intentions of going anywhere.

As frightening as the show can be to watch, it seems like it’s also frightening to shoot. Alison has admitted that this season (her first on the show) was a bit creepy.

“This particular season has a streak of paranoia that’s infectious. I’d be happy to bid that slightly creepy feeling adieu.”