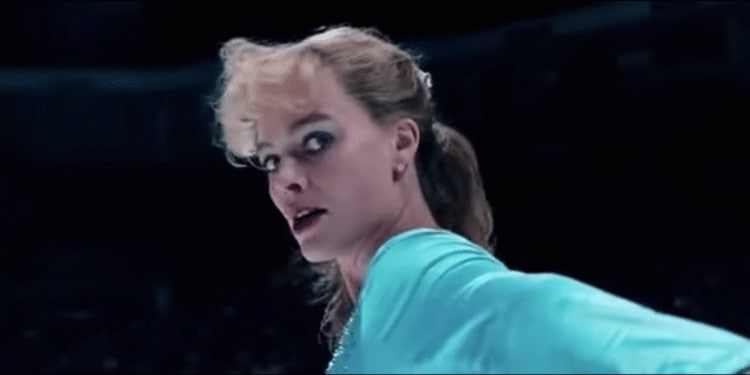 And all those people who said I couldn’t make it, well fuck you, I did!” croons Margot Robbie portraying the infamous Tonya Harding. ‘I, Tonya’ depicts the background of the attack on the Olympic skater, Nancy Kerrigan, and how Tonya Harding was pinned for the crime.

Even to this day, the world repels a love/hate relationship with the notorious skater who is the first American woman to complete a triple axel in competition. When coming around for Oscar season, the film missed out on nominations for Best Picture, Best Director, and Best Screenplay; not a shocker to the Academy’s male bias and “image” (some members claimed ‘Get Out’ wasn’t an Oscar film, without even seeing the film)

‘I, Tonya’ paints a portrait of a “redneck” working class family in America without ever apologizing for the depiction. Swooping bubblegum rock, gritty film stock, and raw dialogue canvas the hell Harding was brought up in. From ridicule of bullies, a hateful parent, and a toxic marriage, no wonder she was cornered into an accident from a thought of frustration to the FBI showing up at her door.

Told through multiple perspectives, the film displays Harding’s point of view alongside the abusive people in her life: husband Jeff Gillooly (Sebastian Stan), and mother LaVona Golden (Allison Janney). The weaving of ironic interviews explodes the overall contradiction of the “incident”. Golden acknowledges her one time brutal spanking, but brushes it off like the other attacks as “parenting 101”. Gillooly claims the plan manifested in Harding’s mind; even though his abusive tendencies manipulated her every move.

Robbie loses herself in the role, embodying Harding’s free will and bottled temper that when she’s fighting for her life, the audience forgets the screen projects a performance. The struggle of vulnerability and power wrestle within the entanglement of the neon scrunchies as Harding sails across the thin ice that is her life.

After being impaled by a stray kitchen knife, at the hand of her mother, Robbie’s emotions numb her face as she circles the dining table to confront her mother. Without words we know she’s done. Her heart-wrenching speech directs straight to the audience in the interview portion of the story, bluntly blaming the viewers for her struggles in the aftermath.

While she slaved away on double waiting shifts and eating microwavable dinners, Tonya Harding was America’s punchline. Robbie’s spot on performance parallels Angela Bassett’s, also snubbed, performance as Tina Turner in ‘What’s Love Got to Do With It’.

Allison Janney serves heat towards her opponent (winning Best Supporting Actress; ugh I wish she tied with Laurie Metcalf for ‘Lady Bird’) igniting the underlying tension. Striking the scene while appearing on the ice, smoking a cigarette while Cliff Richard’s ‘Devil Woman’ warns in the background, Janney devours the material eclipsing her favorable upbeat performances.

Relying on archival footage, Janney steps into Golden’s mind like a supervillain suit. Whenever her eye piercing focals lash at the screen, we jump back afraid we’ll endure her wrath.

Bearing a denim jacket fueled by a deceiving mustache, Sebastian Stan’s charming devil of a performance persuaded his affection while showcasing all the vital signs of an abuser. Somehow, his loserness casts a spell, the same one Tonya’s bewitched by. I guess the Academy preferred garish prosthetics and mumbled shouting; uhmmmm… Gary Oldman… uhmmmmm. 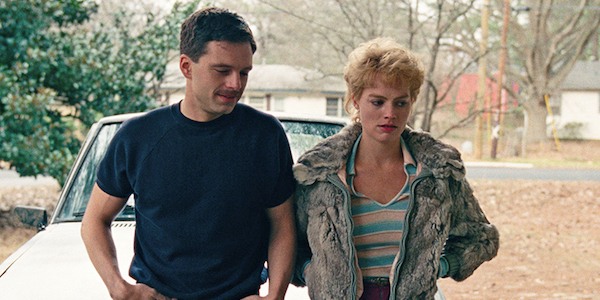 In the skating world, Tonya Harding’s reputation lurks as a bad omen. The film especially conjures on the league’s bias, since she wasn’t part of a “wholesome American family.” Appearance matters over talent and endurance; an overall theme of the picture.

Harding kicked ass before the corruption. The odds were against her from the beginning. Whether it was her costumes, music choice, or language, she never had a chance against the squeaky clean judges. A facade is the price of admission. It seems as though you must lie in order to play the game, but if you lie to protect yourself then you’re the enemy.

The Academy strikes a parallel vision of the Skating community. They want somebody as the poster child who can do no wrong. But, let’s face it. Life ain’t like that. Tonya Harding went through the pits of hell and back just to stay alive. She was at the wrong place at the wrong time.

And if some still shed hatred, she didn’t succeed in the Olympics, was stripped of her title, became a celebrity boxer, and makes guest appearances on reality tv. Kerrigan went on to achieve the fame and glory.

So at the end, who is the real monster in all of this?