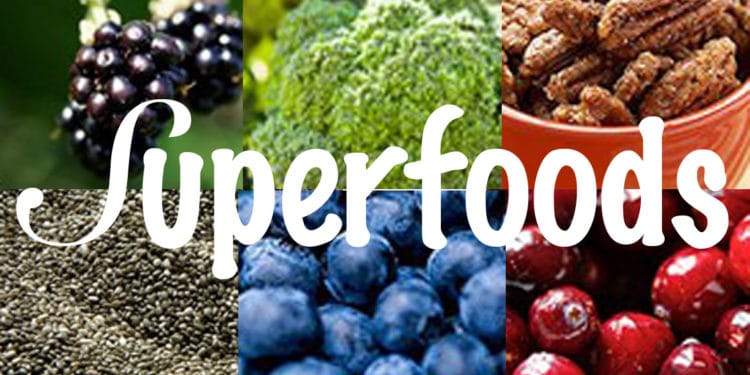 We’ve all heard about the various superfoods and fruit of the month that is supposed to give those who eat it super strength or extra energy, but how many of those so-called superfoods actually work?

We’ve compiled a list of the seven superfoods for peak performance that have been proven to affect, whether it is boosting your metabolism or just giving your body that extra kick that it needs to get through the day.

You might remember these seeds from those favorite potted plants of our childhood, but there is much more to them than those kitschy clay pets might lead us to believe. These nutrient-packed seeds from Mexico have become all the rage recently among those seeking the ideal superfood, and for a good reason: each grain is loaded full of omega-3 fatty acids, fiber, and calcium.

And if you are someone who doesn’t have much of a taste for seafood, these crunchy little seeds are a great way to add some heart-healthy Omega-3s to your diet. Add that to the fact that chia seeds have twice the protein of other grains and five times more calcium than milk, and it is easy to see why so many love to add these into their routine.

People have been touting the healing abilities of garlic for thousands of years, but only recently has science been able to prove that this age-old flavor enhancer is a superfood. Garlic is packed full of antioxidants which can help protect against cell damage and heart disease, and research has found that garlic extract has been helpful for fighting yeast infections and may help reduce the size of an enlarged prostate.

Even more impressive, however, is the fact that scientists believe that there might be an association between garlic intake and a reduced risk of gastric and endometrial cancers. Those studies, however, are still in their infancy, but that doesn’t prevent us from labeling garlic as a superfood until those tests tell us otherwise.

Originally found in the lush rainforests of the Central and South America, the açai berry (pronounced ah-SIGH-ee) has been celebrated as everything from a cancer fighter to a weight-loss supplement and beyond.

There might be some truth to some of these claims, however, and the fruit has been found to contain extremely high levels of antioxidants in the form of anthocyanins, which are known to help fight cancer and heart disease. Even better for some, it is also one of the only fruits out there to contain oleic acid, the same kind of heart-healthy fat that is more commonly found in olive oil.

As for the weight loss claims, well, we are sorry to break it to you, but the National Institute of Health tells us that there is no consistent proof that acai alone can help burn fat and shed those extra pounds.

Most people overlook those big orange symbols of the fall as a superfood, but pumpkins are packed full of vitamins and minerals that our bodies need. The most significant thing pumpkins can offer beta-carotene, which gives both pumpkins and carrots their bright orange color. Beta-carotene, a provitamin, gets converted to vitamin A once it enters our body, which has been found to be essential for eye health and our immune systems, and has also been linked to preventing coronary heart disease.

The real appeal of the pumpkin, however, lies in its seeds. Studies suggest that eating pumpkin seeds can help prevent the enlargement of the prostate gland, lower the risk of bladder stones, and they may even play a role in warding off depression. As if this wasn’t enough already, pumpkin seeds also contain high levels of phytosterols, a heart-healthy nutrient which might reduce cholesterol and even help prevent some types of cancers.

People might have been cultivating flaxseed since as early as 3000 BC, but the food is currently starting to experience something of a revival among modern health food circles. These little seeds have been found to be an excellent source of nutrients, providing those who consume them with manganese, vitamin B1, omega-3 fatty acids and plenty of dietary fiber to keep us running at peak efficiency.

Aside from those benefits, some scientists believe that flaxseed consumption can help lower the risk of some diseases such as diabetes, cancer, and heart disease.

Everyone’s favorite pink fish dish is also a superfood! Salmon contains a ton of heart-healthy omega-3 fatty acids, which have been found to reduce inflammation, improve circulation, and might even be able to boost our brain power. One study even found that women who eat omega-3 rich fish such as salmon at least twice a week were found to have significantly lower odds of developing heart disease later in life.

Salmon might also be able to protect skin from the sun and the damaging effects of UV rays, but that doesn’t mean it is a good substitute for sunscreen!!

Hail the kale! Kale has been found to have more antioxidants than any other fruit or vegetable out there, meaning that it has powerful cancer-fighting properties. Those antioxidants are aided by the plant’s natural vitamins K, A, and C, plus carotenoids, flavonoids, and isothiocyanates making it one of the most aggressively anti-cancer foods out there.

But it isn’t just all about cancer when it comes to kale. It is also an excellent, low-calorie source of iron, fiber, and calcium, making it a very well-rounded (and tasty!) food for those superfood buffs out there.