Why “Ant-Man and The Wasp” is a Must-See Movie 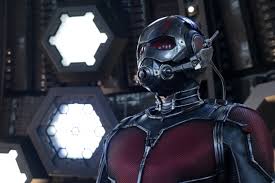 The MCU’s smallest superheroes is back with “Ant-Man and The Wasp”, with Paul Rudd resuming the role of Scott Lang a.k.a. Ant-Man, and Evangeline Lilly as Hope van Dyne as The Wasp. Other supporting casts are back in the big screen as well, including Michael Douglas as Dr. Hank Pym and Michelle Pfeiffer as Janet van Dyne, Dr. Pym’s wife who disappeared into the Quantum Realm, and the original Wasp.

Ant-Man and The Wasp is the follow-up movie to 2015’s Ant-Man and also shows Captain America: Civil War’s aftermath, according to Kevin Feige, the movie’s producer and Marvel Studios President. On the other hand, Rudd is glad to reprise the role of Ant-Man, which he said is “fun to play.”

This film has a lot in store for movie-watchers. For one, Hope van Dyne finally wears The Wasp suit in the film, and gets to have her own fight scenes, too. There’s also this new character, Ghost, played by Hannah John-Kamen. In the movie, Ghost steals Pym tech, thus gaining the ability to pass through objects. This movie is also directed by Peyton Reed, who stepped in as director after Edgar Wright left even before the filming of Ant-Man.

You don’t need to be a Marvel fan to appreciate this movie (although you can check out the previous Ant-Man and Captain America: Civil War as well). If you have watched Avengers: Infinity War, you will not expect that level of seriousness and drama in Ant-Man and The Wasp – it was actually the complete opposite.

Here are some reasons why Ant-Man and The Wasp is a must-see movie:

Hope finally gets to wear the Wasp suit and be one-half of the superhero movie tandem. Moreover, the film proves that The Wasp deserves to have a spot alongside other Marvel superheroes, and a kick-ass female superhero at that. (Ghost kicks some serious ass, too!)

2. It is a Family-Friendly Movie

Majority of Marvel movies are not as family-friendly as it seem. Although they do contain humor, it may not be appropriate to the much-younger viewers. Add to that are scenes containing violence and language not suited to younger audiences. With Ant-Man and The Wasp, you won’t have to worry about those expletives. In fact, this is one light and funny movie – a rather unconventional trait of most Marvel movies.

3. It Promotes Love for Family

The movie portrays a strong bond between Ant-Man/Scott and her daughter, Cassie, despite of the former’s parental dilemma. Watch out for Cassie’s improvised cardboard tunnel Scott created for her in the movie – your kid may nag you to build him one, too! Meanwhile, Dr. Pym and Hope’s father-daughter relationship gets rekindled and eventually worked together to save Janet van Dyne from the Quantum Realm.

4. It Promotes Diversity and Acceptance

In the movie, Ant-Man/Scott shares custody of Cassie with his ex-wife Maggie, played by Judy Greer. While Maggie has already remarried, the movie has not shown any clash or conflict between the ex-couple and Maggie’s new husband, Paxton, played by Bobby Cannavale.

Blended families are now common these days. However, the movie showed that differences can be set aside not only for the sake of the children but also for their own peace of mind. Meanwhile, Scott/Ant-Man’s friends are scene stealers as well, in a good and funny way, of course. Basically, many viewers can relate to the characters.

5. It Promotes the Power of Teamwork.

Obviously, the film title speaks for itself. In the movie, Ant-Man and Wasp must work together to accomplish the mission. On the side, Dr. Pym, Hope’s father, and Scott’s hilarious yet reliable friends played important roles to make the mission successful. In real life, teamwork also matters. After all, “no man is an island”, says the famous adage.

Indeed, Ant-Man and The Wasp is one of the best “team-ups of Marvel” that we should not all miss on the big screen, according to Feige. In fact, many who have already watched this movie said it’s better that the first Ant-Man movie.

It may even have clues as to what will happen in Avengers 4. If you are looking forward to that movie, then there’s no way you’re going to miss Ant-Man and The Wasp for that sole reason, either.

These Traveling Suitcases Will Change Your Life