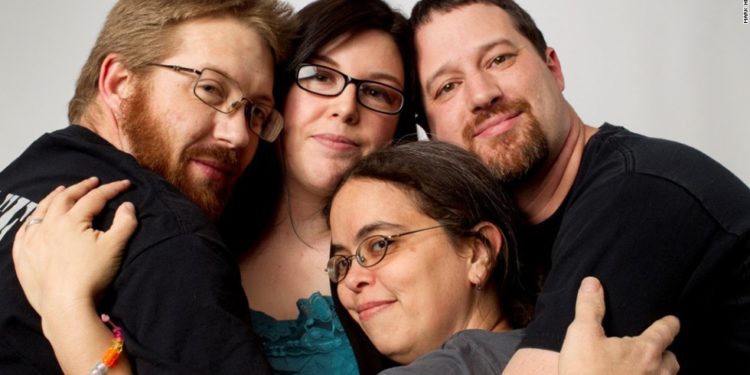 Polyamory is still a new concept and many people say it was invented by men to hide their infidelity. The reality is both men and women can engage in non-monogamous relationships and enjoy them. Embracing this lifestyle doesn’t mean they are bad or that they want to cheat on their partners – it only means they don’t agree with the idea of monogamy, imposed by our society.

However, how can you tell if a man is just cheating on you or he is truly into poly dating? Here are some easy signs.

He is happy to talk about non-monogamy

A man who is really into poly dating is happy to talk about this lifestyle. In fact, he will love to give you all the information he knows about this concept, from his own perspective and from everyone else’s. He will be happy to introduce you to his poly friends and even take you on meetings.

A poly man is also going to talk to you about everything, from your emotions to your physical relationship, as opposed to a man who is just cheating his partner

He doesn’t keep you for Friday nights

Probably the biggest difference between a man who is into polyamory and one who is into cheating is the fact the latter is going to leave you alone most of the time. Cheaters keep their girlfriends for Friday night dates, when their official partner can’t join them. On the other hand, poly men know how to offer the same amount of time to all their partners. You won’t be waiting for him on the couch, wondering when he is going to call or come to you. He is going to cherish you for who you are and he is never going to hide his other dates from you.

He doesn’t want only sex

Polyamorous men want more than sex from their dates. They want to be with you and enjoy life. In a non-monogamous relationship people are looking for more than just sex, they are often looking for someone to do things they love to do, but their other partner hates, for someone to stimulate them intellectually. By comparison, a cheater only wants to have sex with you.

A poly man is always honest to everyone, including himself. He doesn’t use this lifestyle as an excuse for a promiscuous behavior. Polyamory is all about happily living with more than one partner, not about having sex with as many people as possible. A cheater doesn’t have rules, but a poly man is going to have a fix set of rules, which he is going to make clear from the first date.

Not everyone is made for non-monogamous relationships, as these are more complicated than regular relationships and involve more effort, from all people involved. These relationships are based on lots of communication, sincerity and love. If your date is offering you something else, he’s not a poly, but a cheater.

Image courtesy of CNN via Google