Finding the Next “Deadpool” 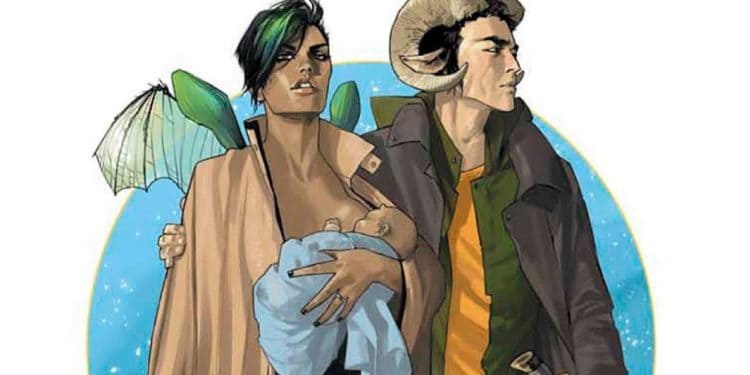 The extremely success of the Deadpool franchise, which recently released its much-anticipated sequel, has propelled many studios to take a risk of turning beloved comic books characters and franchises into R-rated and graphic films. These studios run the chance of losing money because they aren’t appealing to a larger audience. But “Logan”, the finale in the Wolverine series, was rated R (as a result of Deadpool) and was a box-office success. It also was nominated for an Oscar for Best Adapted Screenplay.

So that poses the question: which is the next beloved comic book franchise to garner an R-rating? It seems like “Deadpool” and “Logan” have proven profits and have revived some formerly dead comic movies back to life.

Here’s five of the best movies that will flourish with an R-rating.

The uber-popular graphic novel series has been longing for a movie adaption. In the essence of “Watchmen”, the comic is about Yorick, the last man on Earth. The world of the story has only females remaining on earth. There’s no way to reproduce so everyone has to work to avoid being obsolete. Written by Brian K. Vaughan, the post-apocalyptic story follows Yorick and his pet monkey as he tries to find out why he survived and how he could save humanity.

Meanwhile, there are many radical parties that want to kill or capture for their personal reasons such as an Israeli female army commando and the Daughters of the Amazon. There was a movie greenlit then canceled back in 2007. But now with the emergence and success of Deadpool, this a top comic book franchise that will benefit with a resurgence amongst studios.

There’s no other way to better translate the story without an R-rating as the comic’s characters are vulgar, violent and have an abundance of nudity. Good news is that FX (who’s pushed the limits in vulgarity with comic book shows like “Legion” has recently approved a pilot for the show. So even if a movie doesn’t happen, there’s a show on the horizon.

For more than 30 years, comic books enthusiast longed desired to bring Lobo to the big screen. In fact, an R-rating for the interstellar mercenary could put DC Comics back on the map with Marvel. The character is an alien bounty hunter that was introduced in the 1980s as a villain and then revived as an anti-hero biker in the 1990s. But Lobo has been compared to Cable (Deadpool 2’s antagonist) as well as the Punisher.

Lobo is from Czarnian and possesses exceptional strength and fortitude. He enjoys killing, mindless violence, and intoxication. The character has also tied to the Justice, specifically Superman. He certainly would be fun to see come alive in the DC Universe.

The guys behind Y: The Last Man has come back with an even better series that has been called a modern-day version of Star Wars. There’s plenty of sarcasm, sex, and violence in this world. The story surrounds Alana and Marko, who are two sparring extraterrestrial races, that have a child together.

The families of both main characters are in midst of a galactic war and the couple struggles to care for their daughter, Hazel. Many critics have called the series a “Star Wars meets Game of Throne”. There’s also elements of “The Lord of the Rings” and “Romeo and Juliet”.

Written by legendary Grant Morrison, this comic book series (produced by DC Comics/Vertigo) focuses on a battle between The Invisibles College, a vigilante team of anarchists that battle any form of oppression, and the Archons of the Outer Church, an inter-dimensional alien gods that have enslaved humanity. The good guys in this story are quite unique.

They are comprised of transgendered Brazilian shaman, a version of Buddha in the body of a Liverpool hooligan and a damaged telepath. That alone makes “The Invisibles” beneficial of an R-rating. The properly depict this gritty, bizarre story of misfits it has to be vulgar and unapologetic. The comics itself depict grotesque images — some considered the most ever produced by any comic.

Unlike most comic books, this one doesn’t include a superhero or supervillain. But this classic graphic novel, which was published from 1980 to 1991 by Art Spiegelman, is considered one of the best ever written. The story centers on the author’s interview with his father Vladek and his experiences as a Polish Jew in the Holocaust.

The series depicts the characters as animals. The Jews are mice. The Nazis are cats and the Polish citizens are pigs. But the portrayal of the story is graphic and poignant. In fact, the graphic novel earned Spiegelman a 1992 Pulitzer Prize. Now think about “Schindler’s List”.

That wouldn’t work without an R-rating. This goes the same. The violence and persecution are extremely real in the series despite it being adapted through the eyes of animals. The tragedies Spiegelman describes from his father’s stories are a true lesson for the world to watch.

With the saturation of Marvel movies, the production of one of these movies will bring fresh life into the comic book genre. The stories are original, vivid and unique. In fact, there’s a chance that if released with an R-rating that one of these franchises will earn many accolades and acclaimed — if done correctly of course.

7 Foods That Detox the Body Naturally

Finding the Next “Deadpool”