How to have a great first date 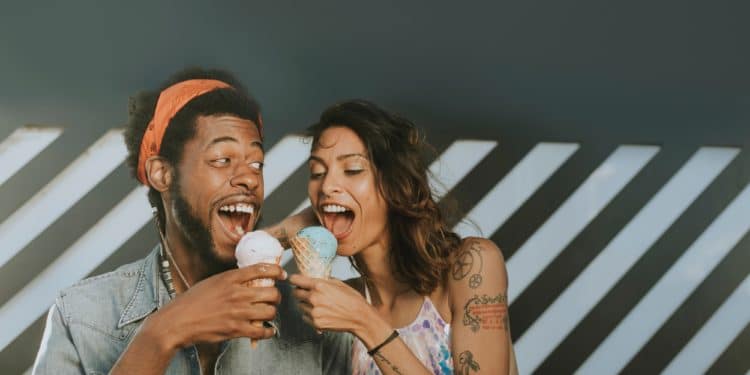 They say you only get one chance to make a good first impression. In the modern dating environment, where the hottest girls have hundreds of dudes right-swiping their Tinder and sliding into their Instagram DMs, this is probably truer than ever. Once you impress a hottie enough to have her agree to a date, it’s important to make an impact. Here are five cunning first date tips for men to impress their dream woman.

There seems to be a worldwide misconception that the hottest women need to be blown away by a first date location.

So many guys make the mistake of arranging dates at high-end restaurants or something equally elaborate.

For starters, unless you’re rolling in the dough, this sets a dangerous precedent for the rest of the relationship.

Plus, even if you are super-rich, most women find these sort of venues to be far too high-pressure for a first date. She’ll find herself worrying about the dress code, breaking restaurant etiquette, spending an entire three-course meal with some dude she barely knows…

Most women would feel more comfortable meeting in a more casual setting, where there’s not too much time or effort lost if there’s no chemistry.

This low-pressure situation will allow her to relax, open up and focus her energy on getting to know you, rather than adapting to the environment.

A nice bar or cafe, perhaps with a touch of quirkiness and individuality, works just fine.

It’s the people that make the date memorable, not the venue. Save the fine wining and dining until you’re more serious.

This tip may surprise a lot of people, considering it’s 2018 and most women have thriving careers of their own.

Indeed, some dating experts say that paying for the whole date makes women feel uncomfortable, as if they owe something to the man.

It can also prove expensive if you’re somewhat of a middle-class casanova.

However, these problems don’t arise if you’re only grabbing drinks in casual venues, as suggested above.

In fact, if she believes in gender equality, she’ll probably offer to buy the second round. Let her.

Women appreciate when you give them space to chase you.

So, please don’t be sold on her as a long-term partner yet, no matter how hot she is.

A useful exercise, especially for dudes who tend to fall for women far too quickly, is to list five personality traits that your dream woman would have.

You can then use the date as an opportunity to see if this woman ticks the boxes.

Don’t treat the date like a job interview. You can find out about her in a fun way, perhaps by making playful assumptions about her personality.

“You look like a woman who loves to party.”
“There’s something that tells me you read a lot of books.”

She’ll then have the opportunity to confirm or deny your cold reads. If she denies them, you can feign disappointment in a humorous way.

She’ll appreciate that you’re after more than a woman with a decent body and a pretty smile.

Screening is also great for people who often run out of things to say. Your list of five must-haves makes for five lengthy discussion topics.

It’s in a woman’s nature to play hard to get on a first date.

Don’t let that put you off from flirting and trying to progress things romantically.

If she’s taken the time to dress herself up, cake herself in make-up and meet you for a date, she’s hoping for something more than pleasant conversation.

One of the main reasons that women feel no chemistry on a first date is because the man is too stifled to flirt and come up with fun conversations.

The best thing you can do is go for it

If you’re too forward and she stops you in your tracks, you can laugh it off, keep talking and try something a bit later on. That’s a far better strategy than not making a move at all.

Even if there’s no feeling of attraction at her end, she’ll respect that you had the balls to go for what you wanted.

If you can relax and enjoy it, this will help her to do the same and have a great time. A win for both of you.

How To Start Calisthenics