"Assassin's Creed's" latest installment has one hurdle that's hard to get over. 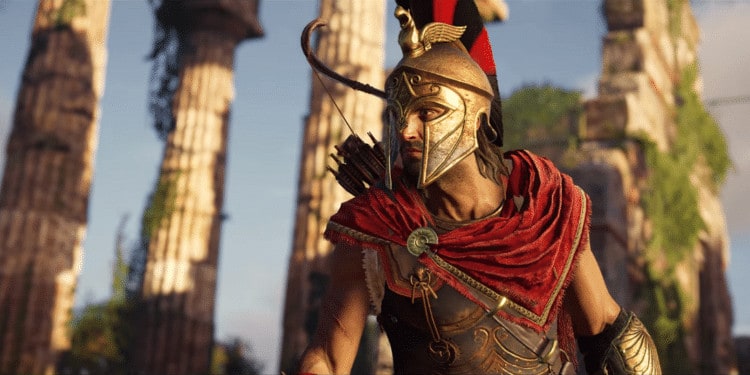 I’ve always had a love-hate relationship with the “Assassin’s Creed” franchise ever since the very first game came out in 2007. The game’s thin science fiction plot propped up by the fictional conflict between the Templars and the Assassins did not age well for me during the franchise’s early days.

Despite liking some gameplay decisions that the franchise has made in the past, I continued to become disinterested in the game’s overall plot, until I rediscovered a yearning to find out how the franchise was doing. Because of this, my brothers and I bit the bullet recently. We now had a copy of “Assassin’s Creed: Odyssey” sitting on top of our console.

After getting up to speed on the events of “Assassin’s Creed: Origins,” I was ready to dive into a game franchise I hadn’t experienced in a while. What I wasn’t ready for was the data bloat that open-world games like “Assassin’s Creed: Odyssey” seem to expect players to put up with.

To be fair, Ubisoft Quebec got a lot of the core components of “Assassin’s Creed: Odyssey” right. The game’s controls are tight and combat is fun. Exciting and badass moments are common whether you’re on foot and fighting off a gang of bandits, or squaring off with Athenian soldiers on the deck of the ship you just boarded.

At most, the bow and javelin controls during naval combat are finicky but a few rounds of shooting, smashing, boarding, and looting pirate vessels in the Mediterranean were enough to store the mechanics in muscle memory. Another finicky system is the game’s lock-on mechanic, which allows players to engage other enemies beyond the specific one being locked onto. Some players may find this feature a bit distracting and annoying but it can easily be worked around with thoughtful application of commands.

But outside of its combat system, “Assassin’s Creed: Odyssey’s” most standout feature has to be its Lieutenant system. Granting mercy on your bounty hunters or eluding them means that the characters will continue to grow separately from yours up until you recruit them to be Lieutenants on your ship. This gives the bounty hunters who usually end up on the wrong end of your sword with a few lines of combat banter a little more character and makes the world feel a little more alive than it usually is.

Not a lot of the “Assassin’s Creed: Odyssey” experience stands out as bad. At most, the dialogues during the “modern day” scenes between Layla Hassan and the surviving members of the Assassin organization are tedious. The game’s “modern day” characters fill the air with words that the game’s writers must have felt millennials are using nowadays. Thankfully, the majority of the game time did not take place in Layla’s timeline.

The game’s experience system has a few kinks where leveling up felt like a chore. If you sat down and played the game for two to three hours on a weekday, the slow progression would be quite noticeable and would be significantly felt if you accidentally wandered into an area where high-level enemies spawn.

On the good side, leveling up without relying on the experience boosts from the game’s micro-transaction shop is possible. Players who are dedicated to not buying any boosters from the “Assassin’s Creed: Odyssey” online shop should ready themselves to kill higher-level bounty hunters they encounter with a thousand cuts if they decide to stand and fight.

In addition to a game style that forces players to chip away at an opponent’s health, putting in a whole afternoon’s worth of play time in your man cave– as unhealthy as it is – to run the game’s many side quests also helps alleviate the experience grind as the quests are interesting in themselves. Unfortunately, doing so exposes players to one of the game’s ugliest secrets.

There is one thing about “Assassin’s Creed: Odyssey” that should make or break the choice to buy it for any player: its loading times. The game will load if you spend too much time using Ikaros to scope out an area. Short cutscenes of people curtly thanking you for accomplishing their requests also seem to warrant a minute and a half of loading time.

To be fair, moments that require loading times diminish after going through most of the starter quests and the open-world nature of the game is put front and center. Still, using Ikaros and the lag when switching to the in-game map take enough serious gaming time to make those conscious about their gaming schedules wonder if they have enough time to enjoy the game.

“Assassin’s Creed: Odyssey” is worth the shelf space if you find yourself thinking about buying the game if you have yet to own it. Fans of the franchise will not be disappointed by the game’s controls, combat, and how it continues the story of the conflict between the Assassins and Templars despite the two organizations’ absence in Layla Hassan’s video game flashback. Still, if you’re planning to enjoy “Assassin’s Creed: Odyssey” anytime soon, keep a novel beside you because you’ll need it.

Should You Watch ‘Gotham’s’ Final Season?