Demi Rose: How to Be a Beloved Instagram Star

Being Beautiful is Only The First Step 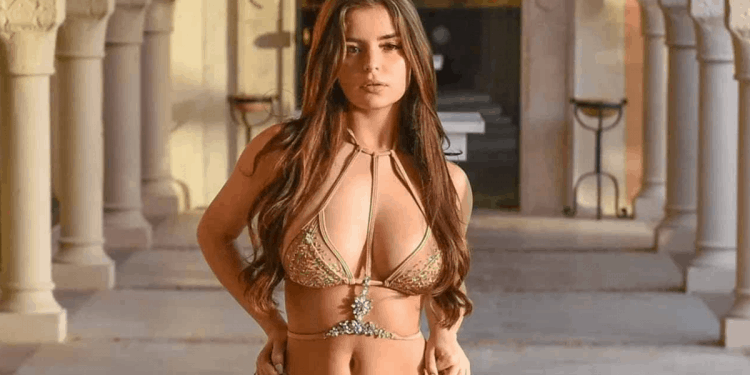 Instagram starlet Demi Rose is a Google search favorite. Inquiring minds want to know everything about her. What size are her feet? How much does she weigh?

So, why the fuss? What does it take to be a beloved Instagram star?

Instagram is a visual medium. Therefore, the most visually captivating people and places are highlighted on the platform.

Beautiful faces and sculpted bodies are a dime a dozen on Instagram. This is owing in part to the ease with which anyone can alter their photos to create a perfected image.

Demi Rose has that rare perfection that prompts one to stop in the midst of scrolling. After thumbing through one gorgeous person or place after another, it is her image that causes one to ask, “Wow, who is she?”

The sultry young woman has a certain Kardashian-like appeal with long dark hair and ample curves. We aren’t the only ones who have noticed. Rose is rumored to have scooped up Kylie Jenner’s ex-boyfriend (Rapper Tyga) back in 2016. She has often expressed appreciation for Kim Kardashian’s mold-breaking curves and exotic look.

Yet, Rose has an appeal that is 100% her own. She is pint-sized, standing at just 5’ 2” tall; yet she has proportionally unbelievable natural curves. This isn’t the body of a cross-fitter or the average woman. Demi has ample fat stores that God just happened to put in all the right places.

Say what you will about beauty being in the eye of the beholder; accuse society of embracing an unrealistic expectation of feminine beauty. The fact is most of us cannot help but stare at the Demi Roses of the world.

Demi says that she was bullied by boys for the curves that puberty brought to her physique. She learned early on that there was something substantially different about her body. As a teenager, she discussed her impact on others with close friends who suggested she begin modeling. Tradition has demanded that models be tall and that they be discovered by an agency before wowing the world.

With Instagram, this middleman’s seal of approval is not mandatory to building a brand. When it comes to beauty like Demi Rose’s, all it takes is a few photos and the product sells itself. Modeling agencies approached Rose soon after.

Demi, like other starlets who came before her, took control of her own image and launched an empire that is now worth millions.

The seemingly easy, glamorous life of an Instagram celebrity does require effort for the star. In addition to the obvious physical and technological work, Rose admits to being alienated often.

While there certainly is truth to the belief that most things are handed to these striking people, we have all seen or heard of the truly dark times experienced by those who seemingly have it all. Being set apart from others can have a traumatizing impact on the person.

In an interview with MailOnline, the former beauty therapist student discusses unfair treatment by teachers, saying, “I never found my place in school, people were quite nasty, and I guess I was just different, people were drawn to picking on me and since leaving, I’ve blossomed.”

In a recent interview, Demi tells The Sun: “Bullies used to throw chewing gum in my hair and pull chairs away as I was about to sit on them. I hated it. They all thought I looked and acted weird. I couldn’t wait to finish .”

Rather than hiding her looks, Rose maximized them. She continues to do this in part by eating a great diet and being sure to get plenty of great workouts. Rose says that protein consumption is key to her steller figure.

“Now I just block out any negative comments, I can’t see anything that I don’t want to see because I don’t want that to impact my own thoughts about myself. I’ve had to grow a very thick skin.”

Demi Rose Rolls with The Punches

Like so many others, including her greatest influence, Kim Kardashian, Rose has learned to tune out the naysayers and continue to promote her own strengths, capitalizing on the very thing that has drawn ire and discomfort from others.

Use Your Platform as Only You Can

At only 24 years-old, Demi Rose has amassed a fan base of over 15-million followers. She has attended the best parties, spent time with the biggest celebrities, and become known as one of the most attractive women in the world.

Yet, what many may not know is how she cared for her mother for seven years following a disabling heart attack. This burden culminated in devastation for the social media star when she lost both her mother and her father in 2018.

“I’ve been through a lot of trauma,” Rose tells the Evening Standard, “but in some ways through it I have become so much stronger, which is probably reflected on my social media and in the confident messages I post. However, behind closed doors there’s been a lot of torment and I suppose I have turned that into a positive as I feel I have been through so much nothing can push me down again.

“When I was younger,” she tells the Evening Standard, “I always dreamed of being the girl that everyone admired but instead I got bullied. So, the popularity now just absolutely blows me away. I honestly can’t believe it which is why I feel now is the right time to use this vast platform I have to good use; to spread the message of positivity and mental health wellbeing.”

Be an #InstagramBoyfriend: 5 Ways to Take Better Photos with Your Phone

The Ultimate Review of DAREBEE

Demi Rose: How to Be a Beloved Instagram Star