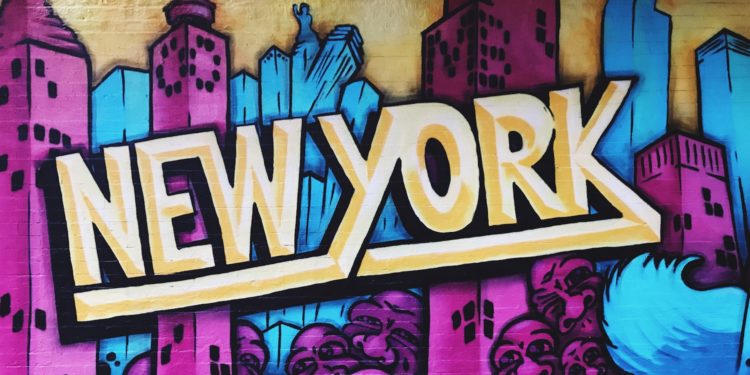 New York City’s major attractions naturally take precedence when visiting the city for the first time. Of course, you can’t miss the Statue of Liberty, Times Square, the Empire State Building, the Met, the Natural History Museum and the Brooklyn Bridge. But there’s a secondary tour that will give you a different and deeper perspective of the city that never sleeps.

These off-the-beaten-path attractions offer a history lesson that not many experience — not even long-term residents. Here’s a list of the best-hidden spots New York City has to offer.

Many immigrants of the late 19th century found their way from Ellis Island to this hospital more often than not. That’s because smallpox was an epidemic in the late portion of the 1800s into the 1900s. The Gothic Revival smallpox hospital, located on Roosevelt Island (which was known as Blackwell’s Island back then), treated 7,000 patients a year from 1856 to 1875.

By the 1950s, the hospital became useless and was abandoned by the city. But in 1975, the Landmarks Preservation Commission took over the worn-down building and added reinforced walls to prevent the old hospital from collapsing. Today, the remnants of the smallpox hospital can only viewed from afar as it’s not safe enough to walk through. 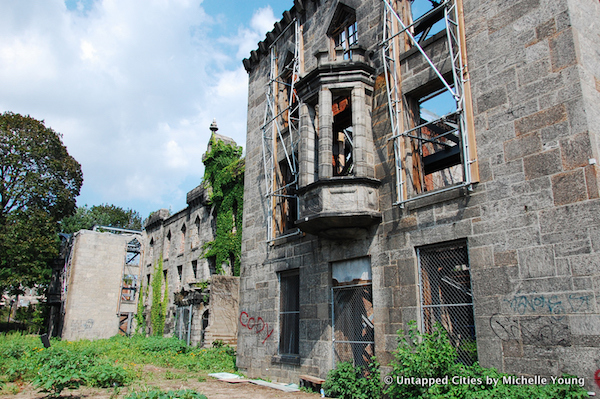 A most underrated nuance resides in one of the city’s most cherished landmarks. The whispering gallery is a small spot located infront of the Grand Central Oyster Bar entrance. If you stand at opposites corners and speak, then the voices travel directly across to the other side. The voice is so prominent that it seems like the person is behind you. The acoustic oddity is attributed to perfectly composed arches and distinctive tile work called “Gustavino” tiles. 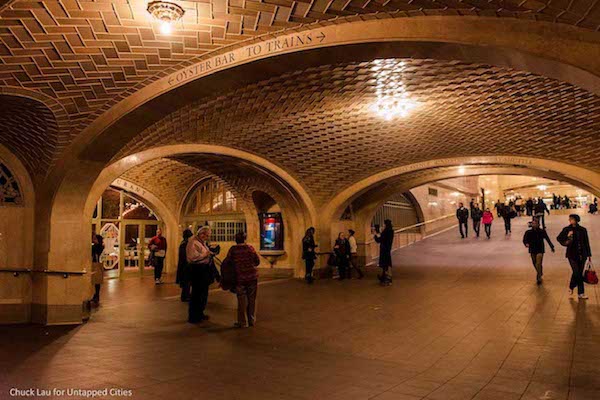 For more than a century, the majority of Manhattan’s west side — namely between 14th to 34th streets — had long been designated for cruise ships. Piers 54 and 59, located at 13th Street and West Street, will long remain the most famous of them all. Those piers were owned by White Star Line and were the eventual destination of the Titanic before it sunk off the coast of Newfoundland in 1912. The remaining survivors of the Titanic arrived at Pier 54 on the Cunard White Star line.

Three years later, Pier 54 was also the final location of the Lusitania before it sank near Ireland, killing 2,000 passengers. Currently, the piers have been rendered unusable and decrepit. The Hudson River Park had plans to restore the pier but nothing has been done. The arches from the piers have rusted away and the letters of the “Cunard” are barely legible. The experience is utterly eerily. 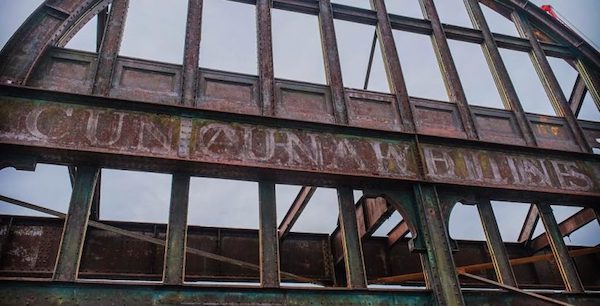 Only in New York City you could turn 280,000 pounds of dirt into an art exhibit. That’s exactly what The Earth Room has done since it was erected in 1977, filling a 3,600-square-foot gallery space in Soho with soil. Curated by artist Walter De Maria, the exhibit was created to give New Yorkers a break from the bustle of the street and give residents the natural smells of the earth. For more than 40 years, the art gallery has carefully manicured as workers water the 22-inches of dirt daily. The soil is so well-kept that shrubbery has grown in the room, namely mushrooms. Since it debuting in New York City, the Earth Room exhibit has opened two additional locations in Germany. 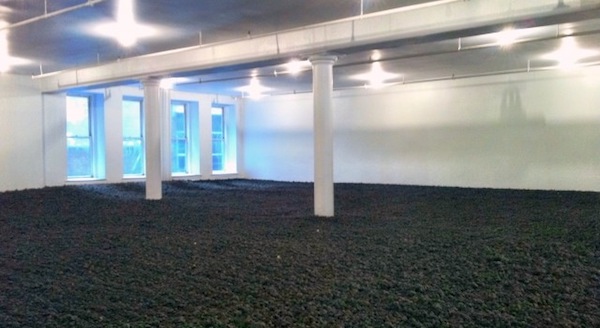 The city filled with a bountiful of bookshops, both small and large. Mysterious Bookshop is one boutique that has an enormous amount of history. First off, the store is the oldest and biggest in the country for specializing in mystery, crime fiction, thrillers, and espionage. The biggest significance with Mysterious is that it’s owned and operated by Otto Penzler, the world’s greatest crime fiction publishers. Penzler, who’s published books by James M. Cain, James Ellroy, Patricia Highsmith and Raymond Chandler, actually has his office in the basement of the bookshop and its door is marked off-limits by the yellow police tape. 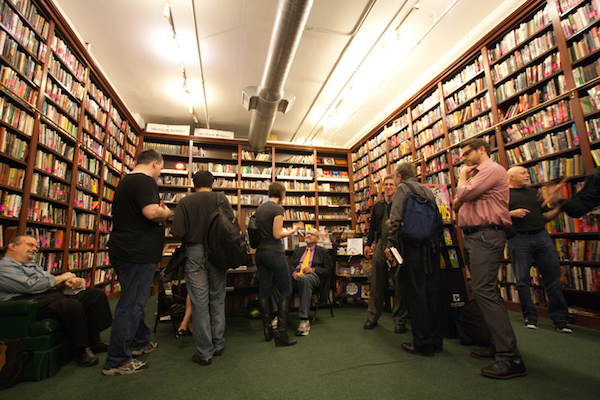 The White Horse Tavern and the Speakeasies

The long history of New York City lives in the bars and watering holes. The White House Tavern in the Greenwich Village was the center of the Bohemian Era (The Beat Generation) of the 1950s and 60s. The bar was the local hangout for literary and musical icons such as Dylan Thomas, Jack Kerouac, Allen Ginsberg, Jim Morrison and Bob Dylan. This was also the site where the idea of The Village Voice was born.

The weekly paper focused on investigative reporting and cultural affairs and remains integral in society today. There are several other important bars and speakeasies to visit such as The Back Room, Please Don’t Tell, McSorley’s and Pete’s Tavern (the oldest bar in the city at nearly 120 years old). If you want to get even deeper, then take a trip to the old entrance to the Knickerbocker Hotel’s bar. The plain white door to the former hotel and bar is located at the eastern end of the platform of Track 1 on the Grand Central-Times Square-42nd Street shuttle. The only way to noticed it’s the correct door is the faded metal sign that reads “Knickerbocker”. 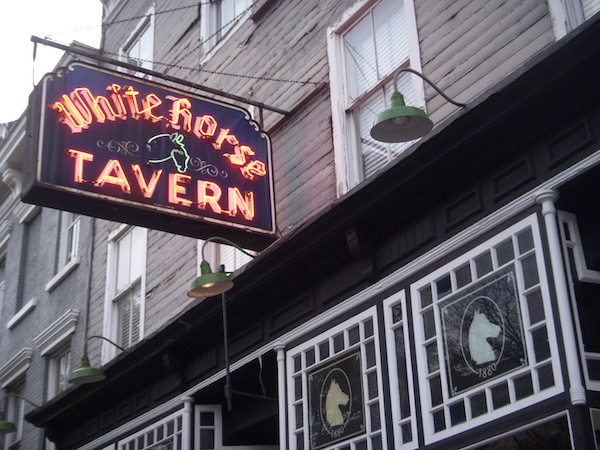 Dilapidated subways and underground pathways are dominated in New York City. In fact, there are so many hidden and creepily abandoned spots in the city that you won’t get tired of discovering them. They are several locations you can’t miss seeing. City Hall Station was closed in 1945 mainly because the curved platform prevented cars with center doors to open unless it had modified door controls. The platform remains an architectural marvel with glass tiles, “Gustavino” vaulted ceilings and large chandeliers. You could get private tours hosted by the New York Transit Museum. But it’s regular viewable by the Lexington Local (aka the 6 train).

Your next stop in the underworld adventure is at Track 61, located underneath the Waldorf-Astoria Hotel. The abandoned track is widely-considered a secret transport for presidents. The only way to pinpoint the entrance is by locating the unmarked brass door at the Waldorf’s street level. The final stop is at the hidden Art Deco tunnel at the New York Hotel. The hotel itself has loaded with secrets and forgotten stories, but the tunnel is an amazing discovery with rich history.

Accessible in the basement, the tunnel — originally located under the hotel’s former main dance floor — currently stores the hotel’s old fittings, chairs, carpets and beautiful Art Deco tiling. At the far end, past a series of zig-zagging tunnels, there’s a door that leads directly to the E train line platform (though it’s currently blocked by the MTA). The hotel regularly used the private tunnel access to the subway in the 1930s as a perk for guests. 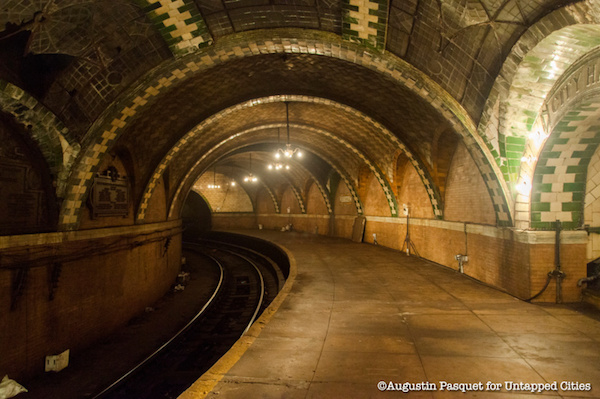 The best way to discover the real New York City is to walk around and let it come to you. The attractions are everywhere — on every building, on every street corner, in every restaurant you pass. So just keep your eyes peeled and senses alert at all times.

Foods to Grill Instead of Whatever You Planned on Grilling