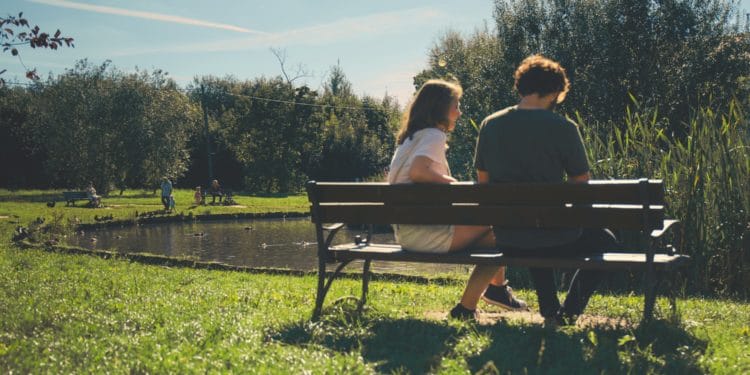 Being in a relationship requires both partners to be honest with each other, saying things directly but in a nice way to consider the other half’s feelings and respect. However, there are times when we are guilty of behaving passive-aggressively.

A passive-aggressive behavior is characterized by behaving and acting passively yet, is raging in anger and aggressive in the inside. This can even go as extreme as wanting to hinder your partner’s future by ruining their lives. Cruel isn’t it?

Nobody wants to have this kind of relationship, yet there are times that we are actually portraying one without even knowing it. But if we want to continue being in a healthy relationship, then we should stop this type of behavior as early as now.

So how will you know that you are already in a toxic relationship? Here are 10 signs that you can check.

If you find yourself apologizing almost every time even if it is not your mistake, then your partner is trying their best to avoid all the blame. A relationship is a two-way connection. You have to give in to one so you can listen. But if all you find yourself apologizing even without your partner’s effort to understand you or your intention, then cut it out and tell them straight-out how their treatment could be the end of your relationship.

Being in a relationship requires not just effort, but all-out effort. When you asked your partner out for a movie date and he said yes but, ended up oversleeping, you should be asking yourself whether something wrong happened or he simply said yes for the sake of argument.
This kind of behavior shows how much a partner wanted to say no, but, said the contrary, so he ended up displaying how much he detests it by showing no interest.

This usually happens when they mean to say “I won’t” but said “I can’t” instead. There is such a huge difference between the two.
This type of behavior will cause your relationship to drift. Instead of giving excuses, fight off this passive-aggressive behavior by honestly saying your reasons calmly.

When you asked your partner to pay the bills and they said they forgot, for so many times, then this behavior simply shows a passive-aggressive type.
This surfaces either because they do not want to take the responsibility or simply because they just want to punish you probably for forgetting your anniversary.

5. Putting the blame on you

“This was all because of you”
“If only you did not do it”
“You started all of this”
See how the subject has always been ‘you’? In everything they say, the center, the root, the cause is always you. This type of treatment from your partner will leave them carrying a weight on their shoulders. Being in a relationship means you have to share both the bad and the good times.

6. Giving up even before trying

The more frequent they say “no” the more you should start questioning yourself if there is anything wrong in your relationship.
Finding yourself or your partner in this lack state can lead to a lot of issues. You might wake up one day wanting to give up without even knowing why. By being so used to giving up even without trying, you may lose sight of what truly matters.

7. Always finding the easy way out

Believing that taking all the blame as an easy way out will cause lesser pain, but more devastating for your partner.
If your partner is used to having you both sort things out by talking and then you simply end the discussion by taking all the blame is really going to hurt your partner. Despite their intent to show you how much they want to hear you yet, you shut them out. This will slowly build a wall in your relationship.

Even if nothing is actually wrong, your partner seem to stick on the negative side.
If you allow negativity to always win in your relationship, you will never be happy and enjoy all you have now as a couple. Saying something negative in the middle of a good conversation or date will ruin the mood your partner tried so hard to build.

Anger does not necessarily mean all bad things and it is definitely okay to get angry and show it. Getting angry is also one way of showing to your partner there is something wrong and you need to talk it out together. This way, you can strengthen your relationship by giving way to communication.

One way of showing the passive-aggressive behavior is through sabotage. If you or your partner is showing this, this implies how much you want to take over and take all the ruling power in your relationship. And this is never a good trait.

Being in a relationship means you should allow each other to equally succeed in your relationship. It should be a give and take process so that you can both enjoy each other’s company.