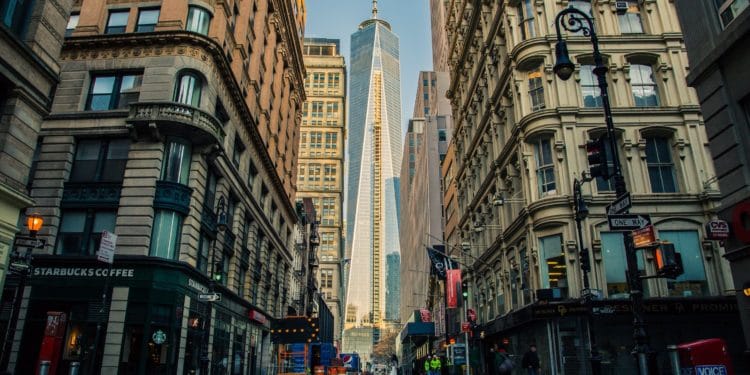 Of course, living in New York City isn’t exactly cheap — the average rent for the city comes in at over $3,000 per month.

Of course, not every apartment is going to be that expensive — and you don’t have to live in an impoverished area to enjoy affordable living. Here’s a closer look at some of the best neighborhoods in New York City that won’t break your budget.

Bushwick has quickly earned a reputation as one of New York’s most “hip” neighborhoods, thanks in large part to its proliferation of bars and coffee shops — new locations seem to open on a near-weekly basis. The area’s unique street art also contributes to its charm and personality.

According to Bushwick Daily, over 50 art galleries call this neighborhood home — and with median rent at just $1,281 per month, you’ll still have money available to enjoy these unique amenities.

Another neighborhood where you can easily rent an apartment for less than $1,500 per month, Astoria is considered one of Queens’ best neighborhoods thanks to the beautiful views at Astoria Park and the easy access to Midtown Manhattan, Harlem and the Bronx.

As the “Greek Capital of NYC,” you’ll also never lack for delicious dining opportunities — especially since upscale Italian, Vietnamese and Mexican restaurants can now be found in the neighborhood as well.

Maintaining an active social life is a top priority for many young professionals, and few New York City neighborhoods fit the bill as well as Williamsburg.

Williamsburg has received recognition as one of Brooklyn’s best areas for young singles, with a mix of affordable housing and low crime rates pairing well with a thriving nightlife scene. Singles preferring a quieter vibe are still well served with coffee shops, ice cream parlors and popular restaurants like Lilia and Okonomi.

The Lower East Side (or LES, as locals like to abbreviate it), has come a long way in recent years, even being praised by Time Out New York as “one of Manhattan’s most fashionable neighborhoods.”

Art galleries and restaurants have made LES a popular locale, but real estate pricing doesn’t yet reflect this — AreaVibes reports the median monthly rent at $1,065, making this one of New York’s most affordable neighborhoods. You won’t even have to split the rent with a roommate to afford an apartment here!

Washington Heights has changed a lot over the years, resulting in a diverse residential area that is one of Manhattan’s safest and most affordable. The neighborhood offers a vibrant mix of Puerto Rican, Ecuadorean and Russian communities — just to name a few.

Washington Heights is well known for its history, with sights like the Little Red Lighthouse and the High Bridge attracting tourists and locals alike.

The distinctive row houses in Crown Heights have resulted in what is affectionately referred to as “a thriving stoop life” where neighbors know each other by name and are actively involved in the community.

Though housing prices have begun to rise in recent years, rent remains relatively affordable, with a median rate of $1,169 per month. Small businesses lend a unique charm to the area, and the annual West Indian Carnival is considered one of the premiere cultural events in the city.

As Williamsburg has grown more crowded, Greenpoint has begun to rise in popularity thanks to its smaller-scale trendy lifestyle. Several episodes of the acclaimed Netflix series “Master of None” have been filmed in this neighborhood, highlighting the bars and restaurants that locals have already come to love.

If you’re interested in shopping at hip small businesses, Greenpoint is a great place to call home. Favorite local shops include Word Bookstore, Co-op 87 Records and Tapes and Peter Pan Doughnut and Pastry. Finish out the night at one of the neighborhood’s many music venues, and it’s easy to see why Greenpoint is a popular pick for young professionals.

Inwood isn’t just affordable — it has also become one of the safest neighborhoods in all of New York. As DNAinfo’s Crime & Safety report highlights, “Major crime in the 34th Precinct … has plummeted by 83 percent in the 17 years to 2010, turning Inwood from one of the most dangerous areas in the city into one of the safest.”

As a result, the neighborhood has become increasingly popular among singles and young families. Inwood is also home to one of the most picturesque stadiums in the country — Robert K. Kraft Field at Lawrence A. Wien Stadium, the home of Columbia University’s football and lacrosse teams.

As these neighborhoods reveal, it is possible to live in a great New York City neighborhood, even if you’re still in the early stages of your career. Which one will you call home?

These 5 Protein Powders Will Change You