From his diet and determination to strength-building and planning ahead, learn more about Robert Oberst and get some of his fitness routine tips. 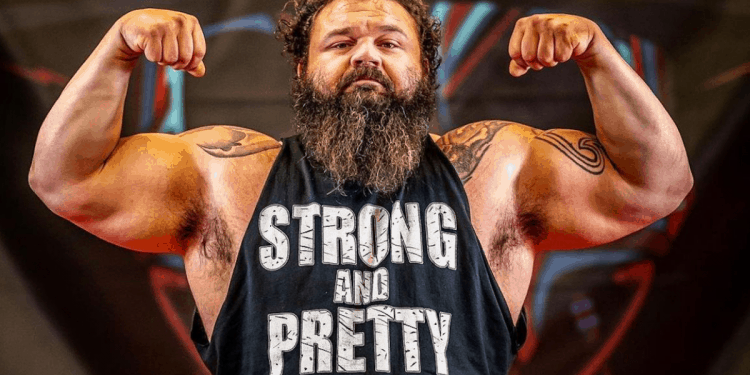 American professional strongman, Robert Oberst, realized what he was meant to do when he walked into a strongman gym for the first time. He may have been the last to know what everyone around him already knew, despite being 6 feet 8 inches tall and weighing well over 350 pounds.

Robert Oberst remembers the fateful day in 2012, “a friend of mine was an amateur strongman who was just fascinated with the sport.” “He kept pleading with me to try it. So, I eventually did, and the first time I hit the log, I broke the amateur log press world record.”

Five years later, Oberst established himself as a top athlete in the pro strongman ranks. Strongman is a one-of-a-kind sport that requires athletes to lift, hold, throw, and drag a variety of awkward, heavy objects for reps, time, and distance. He has competed in the World’s Strongest Man competition since 2013, placing as high as seventh. He has also won two professional shows and finished in the top six of 12 others, including runner-up in the 2013 and 2014 America’s Strongest Man competitions.

Robert Oberst has a multifaceted strategy for these activities, including a fitness, diet, and supplementation routine that has helped him re-engineer his body and given him more strength and energy than ever before. According to him. “I made strongman rivalry my full-time job about three years ago.” He says, “It’s an important differentiation. I’ve lost up to 80 pounds now that I’ve worked out my diet. I used to be about 440 pounds, but now I’m down to 360 and feeling fantastic. Since getting to that new weight, I’ve done two shows, both of which were the best performances of my life.”

According to Oberst, “I work out with incredibly heavyweights and have higher stamina, but I diet like a bodybuilder at the same time,” he says. “When I first started cutting calories, my body craved pizza and other high-calorie foods. However, once my body adjusted, the clean diet gave me more strength and energy than I’d ever had before.”

Robert Oberst’s whole-food and supplementation regimen fuel his four-day-a-week workout schedule, which includes three days of conventional in-gym lifting, including an upper-body day, a deadlift-focused day, and a squat-focused day. He’s not afraid to use bodybuilding rep ranges of 12 or higher, as well as bodybuilding exercises like preacher curls and triceps push-downs, these days.

On Sundays, all of the previous week’s efforts culminate in exactly the environment you’d expect. Robert Oberst is there, surrounded by the tools of his brute-force trade, putting on event after event for hours. He does it all, from the popular Atlas Stones to the log press, farmer’s walk, and every other bone-cracking push, pull, and in-between.

Given his sweet tooth, Robert Oberst has begun an intermittent fasting diet to help him reach 6,000 calories a day, which is less than his regular 8,000-9,000 calories per day. As the market gets closer, this will become more and more difficult. He admitted that he would eat 20,000 calories if he could do so without getting sick.

3 Tips on How To Stay Fit This Winter

Can Your Morning Coffee Improve Your Workout?